Guinea-Bissau: between stability and drug trafficking

Guinea-Bissau seemed to have greeted the new year with a new President. Former Prime Minister and military general Umaro Sissoco Embaló, according to the National Electoral Commission (CNE), should have won the run-off held last 29th of December with 53,55% of the votes. The conditional is required at the time. Indeed, the opponent Domingos Simões Pereira, who should have collected 46,45% of preferences, contested before the Supreme Court of Justice the result announced by the CNE, alleging fraud and asking for a recount of votes.

Awaiting the Supreme Court’s decision, the tug-of-war between the two candidates continues: on the one hand Pereira, the leader of the ruling party PAIGC (African Party for the Independence of Guinea-Bissau and Cape Verde), who holds firm on his accusation of irregularities on the electoral process; on the other hand Embaló, who asked the President of the National Assembly to be sworn in on the 27th of February, independently of the Court’s decision. Meanwhile, Guineans call for a rapid resolution to overcome the political stalemate, yet again an obstacle on the path to development.

The country is stuck in a post-electoral impasse, that certainly does not benefit the long-standing instability it is experiencing since gaining the independence in 1973. Guinea-Bissau remains closely monitored by the Economic Community of West African States (ECOWAS), that has organised an extraordinary session, on the sidelines of the 33rd African Union Summit this month, to discuss the country’s political situation.

This tiny West African nation, with an archipelago of almost 90 islands, is labelled a “narco-state” as Latin American traffickers use especially the shores of its Bijagós islands as a transit point to Europe. After making the headlines on the global media in 2013 with the capture, by undercover agents of the United States Drug Enforcement Administration, of former navy chief José Américo Bubo Na Tchuto, drug kingpin within the country, Guinea-Bissau seemed to have shifted into a new phase, spooking the drug traffickers and making them divert the drug flow to different routes.

Unfortunately, far from being diminishing, the Guinean route remains a privileged one and a barometer of drug flows, as evidenced by two seizures, carried out by the judiciary police with the technical support of the United Nations and of an INTERPOL’s team, respectively of 789 and 1.869 kg of cocaine in March and September 2019. Clearly a coordinated approach by the international actors is indispensable.

In the short-term, the tensions with the majority party PAIGC should be addressed. The party that supports Embaló, MADEM-G15 (Movement for Democratic Change), represents the opposition in Parliament. Therefore, the future of the country will now depend on the capability to break with the past, to face these challenges and walk the path to stability.

A few weeks after the run-off, candidate president Embaló, claimed that with the second round of the presidential elections (29th of December 2019) drug trade in Guinea-Bissau had come to an end, but evidently this will remain a problem for a long time still, especially if political instability favours transnational organised crime. 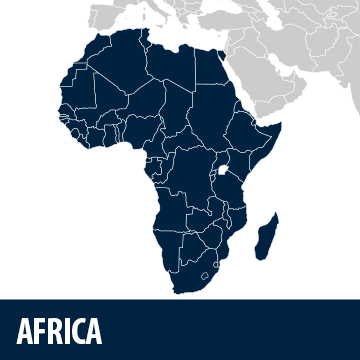