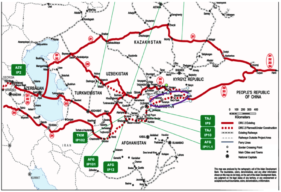 The opening of the China-Kyrgyzstan-Uzbekistan (CKU) economic corridor represents a concrete opportunity to promote regional cooperation and trade as well as a significant step to achieve the aim of interconnectivity, promoted by China through the Belt and Road Initiative blueprint.

From the perspective of Central Asian states, this trade corridor will allow them to overcome their negative geographic condition of landlocked countries, reaching new markets with their productions and goods. Until now, the first trains from Lanzhou station (China’s north-western Gansu Province) delivered electrical appliances to Uzbek markets, while the trains from Tashkent carried tons of Uzbek cotton to China (Bruce Pannier, Kyrgyzstan The Missing Link In China’s Railway To Uzbekistan… And Beyond, RFE/RL. June 29, 2020).

In spite of this relevant progress, one of the main problems to solve is the lack of the Kyrgyz railway link, because the CKU route has been conceived as trans-regional railway corridor that will be a key segment of the BRI railway architecture. At present, CKU is developed as a multi-modal (combined road-rail) transport line: the Kyrgyz government has not decided which will be the best domestic route to realize the link. As a matter of fact, China and Uzbekistan privilege the east-west direction – the shorter route – which crosses the Kyrgyz border at Irkeshtam, close to Osh in the Ferghana Valley, while the other existent option (previously backed by the former Kyrgyz President Atambaev) is a northward transit crossing Torugart pass with the aim to involve an economically depressed area. However this latter option will require $1,5 billion of additional investments, and Biskhek is currently unable to finance the project.

Uzbekistan’s authorities enthusiastically supports CKU corridor: they already realized their domestic railway link in 2016 (Pap-Angren, from the Ferghana Valley to Tashkent region) also thanks to Chinese loans and the involvement of Chinese companies to realize the tunnel crossing Kamchik pass. After connecting CKU with Pap-Angren, Uzbekistan will become a key hub for the projects of regional interconnectivity. Indeed, Pap-Angren railway could be linked to the Trans-Afghan corridor (Termez-Mazar I Sharif) reaching Iran and Arabian Sea or it could cross Turkmenistan until to the Caspian Sea, Azerbaijan and Turkey. These are alternative and shorter routes compared to the existent Khorgos-Aktau railway corridor (an east-west corridor which entirely crosses Kazahstan, from the Sino-Kazakh border to the Caspian Sea), revamping a kind of regional rivalry between Uzbekistan and Kazakstan as main partners for the BRI projects in Central Asia (Fozil Mashrab, China-Kyrgyzstan-Uzbekistan Road-Rail Connection Launched Amid Violent Border Clashes, Eurasia Daily Monitor Volume: 17 Issue: 97, July 6, 2020). 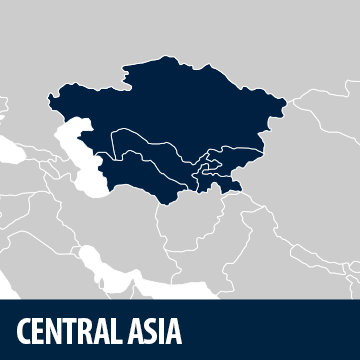