International security is changing in issues, tools and balances. New threats are emerging together with new ways to deal with them: change comes in unexpected ways, unhinging old schemes and unrealistic expectations. It is not easy for the international community to grasp these realities; in other words, to connect the dots in such an unstable environment.

It is not the first time in history, but each time decision-makers have to grasp relevant aspects of the global environment in order to shape and protect the future of their communities.

Unfortunately, and perhaps not surprisingly, consensus is made difficult by different perceptions and diverging interests. And today nations uneasily connect, alongside groups and individuals that are diverging in nature and intentions. The difference from the past, is that today we know about our different counterparts much more and in shorter times: but at the same time the complexity of the overall scenario is unprecedented.

Following an established research practice, the Foundation through this Game Changers Dossier 2020 proposes short and clear analyses on different issues that have different levels of connection among themselves, trying to address what we consider to be the relevant trends, the game changers of a future that is relevant for policy making in the Alliance and in the wider international community.

We hope that an overall reflection may emerge from a collection of essays written by distinguished specialists of various nationalities. And we have the modest ambition to give a contribution, in this way, to a timely understanding of important security issues developing now and relevant for our future. 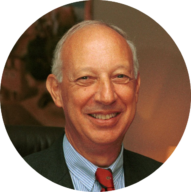 After having served at the Italian Embassy in Washington, D.C. and as Commercial Counsellor at the Embassy of Italy in Prague, Amb. Minuto-Rizzo worked as Head of the External Relations Office of the EEC from 1981 to 1986. In the next years, his career focussed on Europe and Space Policy. In 1997 he was appointed Diplomatic Counsellor of the Minister of Defence Nino Andreatta, then of his successors Carlo Scognamiglio and Sergio Mattarella. In 2000, Minuto-Rizzo held the position of Italian Ambassador to the Western European Union and to the Political and Security Committee of the EU, of which he was among the founding members. He was Deputy Secretary General of the Atlantic Alliance, between 2001 and 2007. His mandate was mostly carried out in the strategic-political industrial area, in the relations with sensitive countries such as those in the Gulf and the Southern Mediterranean. He is the author of the books: “The road to Kabul” (Il Mulino-Arel, 2009); “A political journey without maps, diversity and future in the Greater Middle East” (Rubbettino, 2013), and “NATO and the Middle East: The Making of a Partnership” (New Academia Publishing, 2018).