Indo-Pacific adjustments in the India-Russia relationship 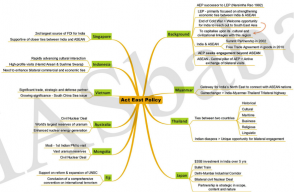 On the 27th of August, India’s External Affairs Minister Subrahmanyam Jaishankar tweeted “the changing world has thrown up new concepts and approaches. Discussed one of them – the Indo-Pacific at the Valdai Discussion Club”. At this prominent Russian think tank, in his speech “Prospects for Indian policy in the Indo-Pacific”, Jaishankar stressed “India is a strong power in the Indian Ocean with a serious interest in the Pacific Ocean, Russia is a strong Pacific power with an interest in the Indian Ocean”.

The context was Narendra Modi’s forthcoming trip to Vladivostok for summit talks with Vladimir Putin, and to speak at Russia’s high profile Eastern Economic Forum (EEF). The rationale in Foreign Secretary, Vijay Gokhale’s media briefing on the 2nd of September on Modi’s trip was that “the whole issue of the Indo-Pacific is becoming more and more important to us”.

The summit meeting between Modi and Putin on the 4th of September witnessed a wide range of economic, energy and defence agreements – probably of some concern to the US and perhaps also to China. Indian investment in the Russian Far East was a prominent theme. Modi made wider points in his press conference about “building a multipolar world”; and that “we also had a fruitful discussion on concept of India’s free, open and inclusive Indo-Pacific”. However, in their Joint Statement the “Indo-Pacific” was unmentioned, reflecting Russia’s continuing criticism of the US “Free and Open Indo-Pacific” concept.

Modi’s appearance as guest speaker at the Eastern Economic Forum on the 5th of September was his opportunity to give India’s “Act East” formulation an “Act Far East” twist, centred on the Russian Far East. He announced that “when the ship starts sailing between Vladivostok and Chennai, when Vladivostok will become the springboard of India in the market of North-East Asia, then India-Russia partnership will deepen and flourish”; and “then far-east and Eurasian union will form a confluence of open, free and inclusive Indo-Pacific. Our relations will have a strong foundation in this area based on rule-based order”. Modi’s deliberate mention of a free and open rule-based Indo-Pacific order represents a delicate implicit challenge to China.

The strategic trends shown with Modi’s trip to Vladivostok are threefold. First: not Jaishankar’s sense of Russia operating in the Indian Ocean, but very much of India operating more actively in the north-west Pacific, in the farthest East, with explicit economic cooperation with Russia, (probably uncomfortably for Beijing) on China’s flank. Second: the balance of weight in China-Russia relations has already shifted in China’s favour; there may now be a similar shift in the balance of weight in India-Russian relations in India’s favour? Possibly an India-Russia relationship could strengthen both vis-à-vis the Chinese presence. Third, in terms of strategic geometry, these India-Russia links may be a way for both India and Russia to move away from strategic dependencies, either on the US in the case of India, or more likely on China in the case of Russia.