Belarus: in or out of orbit?

The recent events in Minsk show the mistakes one has to avoid in order to manage a presidential election in a totalitarian country. The outgoing (so to speak) multi-mandate President, being in his sixth but not the last term, has in mind a new model of post-Socialist constitutional monarchy. He would like that power to remain ad libitum with him and then with the members of his family.

He was astonished to see the presence of other candidates in the presidential elections and, in order not to take risks, he had them arrested. The result was to mobilize the streets, the press and the opposition against him; if previously opponents had a low motivation, now they have highly determined.

The Lukashenko levelled accusations of obscure plots to overthrow his regime a bit against everyone: Russians in the first place, Americans, NATO, Poles, British, Ukrainians etc. Only Iran and North Korea are missing, because at the moment they do not seem to care much about Belarus. Again the result was disappointing because both the European Union and Russia have become nervous.

Even before the elections and during his last mandates he was unable to avoid a deep ambiguity: he is a friend of Russia but criticizing Moscow; he wants to have good relations with the European Union but does not take any steps to get closer.

He arrested alleged Russian infiltrators on very serious charges and managed to get to the elections in a climate of tension and very high international attention. Elections to which he chose not to invite international observers.

After the elections took place, with a plebiscitary outcome of 80% in his favour and with 10 opposition candidates excluded or in prison, he was surprised that mass protests broke out with the demand for free and democratic elections.

The country has plunged into chaos, arrests have increased, internet is closed, journalists have been put to jail. The alternative candidate Svetlana Tichanouvskaja, wife of the opposition candidate in prison Serghej Tichanouvsky, obtained 10% of the ballots, according to official results, while in the polls her husband was at 46% against Lukashenko with 8%. Ms Tichanouvskaja, left the country trying to avoid further governmental attention.

In this difficult context, President Lukashenko has found no other remedy other than closing himself in his ivory tower and suppressing the protests by force. But apart from the congratulations from the presumed friendly countries, including Russia, problems continue to arise.

Certainly the Western European and NATO blocs would prefer a peaceful transition with a legitimate government, appreciated and voted by the population, as it happened to other of post-Soviet countries and since Minsk is close to Russia. A revolution with uncertain outcomes and in a similar Ukraine scenario, would lead to further destabilization not only in the area but also in relations between the blocs as a whole.

Russia certainly cannot and does not want to lose an ally on its western borders, but it needs the alliance to be stable, loyal and lasting and not volatile as Lukashenko has demonstrated in recent years. So a pro-Russian government, as in fact seems to be in the cultural and ideal orientation of the population, would be the best solution.

But the Russians, as shown also in Ukraine with Yanukovych, and coincidentally also at home with Putin himself, arrive with some delay in understanding that to create alternative leaderships, it is necessary to identify them, develop them and make them compatible with the context in which they must operate. Betting everything on a single horse, means to risk a country out of orbit.

Roberto D’Agostino – Executive and Italian Honorary Diplomat based in Russia, expert in Government Relations and Russia’s domestic and international affairs. Graduated in Oriental Studies in Italy, he specialised in Middle East and Soviet Studies in Cairo, Moscow and New York. 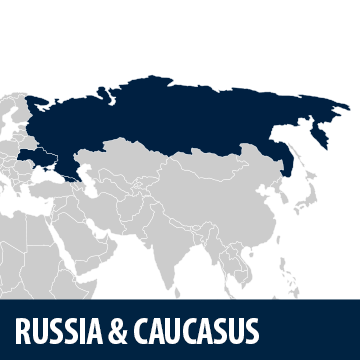 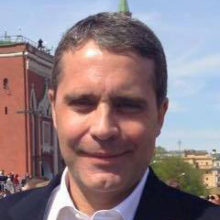