From the 1st of June, Montenegro, declaring to the WHO its coronavirus-free status, reopened its borders. As other European countries, the post-Yugoslav state plans to lift gradually lockdown restrictions in order to support tourism, a crucial sector for growth. Its contribution to Montenegro’s GDP floats around 9-10%.

So far, the government has opened the border only to citizens of countries where the Covid-19 rate of infection is under control (no more than 25 Covid-19 patients per 100.000 inhabitants). People coming from France, Italy and Spain cannot still travel to Montenegro, for instance, and Serbs are not on the list, too.

Belgrade blamed Podgorica saying the neighbour discriminates Serbs, for whom Montenegro is the closest and most popular seaside destination. It is not just cheap weekend tourism: thousands of Serbian citizens own properties on the Adriatic coast. As a countermove, the Serbian government banned Montenegro Airlines from landing at Belgrade airport.

The border controversy (just a temporary health issue for Podgorica) increases bilateral tensions, already at their highest since Montenegro’s referendum on independence in May 2006 due toa law on church property passed by the Montenegrin Parliament last December 2019. According to the law, religious communities have to prove ownership on their buildings from before 1918, the year in which Montenegro joined the Kingdom of Serbs, Croats and Slovenes, subsequently named Yugoslavia.

If solid evidence lacks, a building may be listed as state property. The law angered the Serbian Orthodox Church, the largest church in Montenegro, on two accounts. First, there is the fear that the Church can be stripped off its holdings. Secondly, that this measure would pose an emerging threat to Serbs in Montenegro, who represent one third of the whole population. The Serbian Patriarch Irenej, enthroned in 2010, declared that the church property law recalls the violent methods used during the II World War by the ultra-nationalist Ustasha movement to expel Serbs from Croatia.

It is important to remember that Montenegrins believers belong also to the Serbian Orthodox Church, because it extends its jurisdiction also in this country since Podgorica is not the seat of an autocephalous (autonomous) orthodox church. Something that is far from a purely theological dispute, as the autocephaly of the Ukrainian Orthodox Church shows.

The Serbian government, which has a strong relation with the Serbian Orthodox Church, shares these concerns, although without using Irenej’s blunt words. From their side Montenegro’s authorities argue that the law is just a step to make national legislation comply with that in place in most of EU countries.

The Democratic Front, the main opposition party in Montenegro, embracing pro-Serbia and pro-Russia views, supports the Serbian Orthodox Church. Until the coronavirus pandemic broke out, orthodox priests and DF members had organized protests against the law. In Niksic, the second largest city of Montenegro, priests marched the 13th of May, challenging lockdown limitations. A bishop and eight priests were arrested. Despite the fact that they were released soon, tensions surged. A leader of the DF, Andrija Mandic, called all orthodox believers in Montenegro to take the streets, but then he backtracked.

Alongside Russian and Serbian officials, Mandic and Milan Knezevic, another DF leader, were convicted in 2019 for having organized a coup in 2016 to derail Montenegro’s accession to NATO, fulfilled in 2017. Mandic and Knezevic appealed. According to prosecutors, there could be also a plan to assassinate the President, Milo Djukanovic.

Djukanovic, who rose to power in 1991 and has served both as Prime Minister and President over these thirty years, is trying to exploit tensions with Serbia to secure his Democratic Party of Socialists (DPS) another mandate at parliamentary elections in autumn. In a recent interview with Reuters, he said that protests related to church law recall “mechanisms of the implementation of the Greater Serbian state project” (28/02/2020). For the actual leadership in Podgorica Montenegro’s, the Democratic Front and the Serbian Orthodox Church, act under the influence of Belgrade.

Diplomatic tensions will be exploited for electoral reasons also by Vucic. There will be general elections in Serbia on June 21. The Serbian leader and Djukanovic “both need causes to champion and enemies to vanquish ahead of upcoming elections”, journalists Sasa Dragojlo and Samir Kajosevic argued in an article recently published by Balkan Insight.

Yet, Djukanovic could play the card also for a broader strategy. Insisting on the narration of the “big brother” trying to swallow the “little neighbour”, thus evoking Serbia’s past dreams of regional hegemony, Djukanovic tries to distance his country from Belgrade in a moment in which Vucic’s reign is increasingly under scrutiny.

Over the last years, he and his Progressive Party have curtailed rule of law, media freedom and opposition rights, turning Serbia into a hybrid regime, as many observers underline. Montenegro cannot be dragged under the influence of Vucic’s Serbia: this is Djukanovic’s message. If it happened, it would jeopardize Podgorica’s commitment to the Euro-Atlantic community, as Serbia is departing from democratic values and pursuing a pro-Russia and pro-China foreign policy.

Interestingly a recent Freedom House report underlined a democratic backsliding also in Podgorica, while the EU Commission signalled very little progresses in key areas, like justice, media freedom and the fight against organized crime. that are crucial in the context of accession negotiations, ongoing since eight years.

Accusing Serbia of being aggressive can divert international watchdogs’ attention, force the EU to speed up its integration process, suggest NATO to strengthen Montenegro’s security and – last but not least – keep Djukanovic and his party in power. In any case having trouble with Serbia is uncomfortable but unavoidable, because trade is brisk and language, history, religion and mixed families cement ties between the two countries.

All along his career, Djukanovic has had a changeable relation with the Serbian leadership. He rose to power in 1991, backed by Slobodan Milosevic. Then he turned against his Serbian boss and began to play the independence card, breaking with the policy of unity between Serbia and Montenegro. During the referendum period, tensions were very high. Serbia did oppose the neighbour’s independence and the Montenegrin society was extremely polarized. The same happened with the accession to NATO; yet Djukanovic achieved his goals and then successfully looked for an appeasement with Belgrade. He is ready of another run with Belgrade. 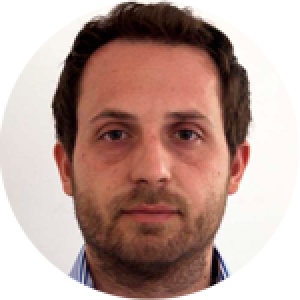 Journalist and analyst, he covers the Balkans for a wide range of media networks. He worked as electoral observer for the OSCE/ODIHR in Albania, Macedonia, Russia, Georgia and Ukraine. 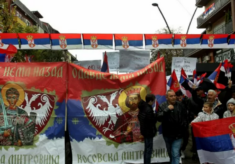 A new crisis in Northern Kosovo shakes the Balkans again 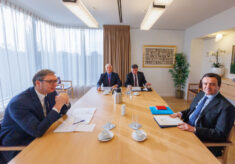 Car plates provoke a new crisis between Serbia and Kosovo 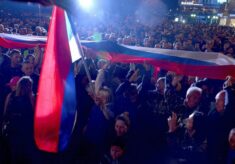 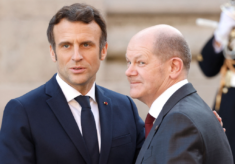 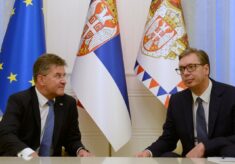 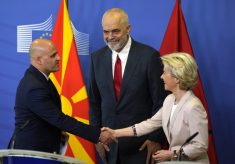 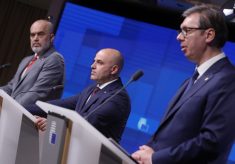 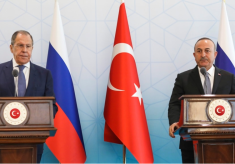 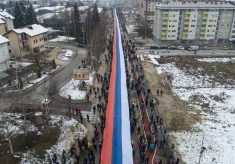 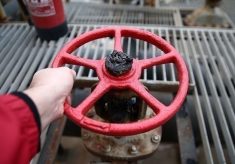 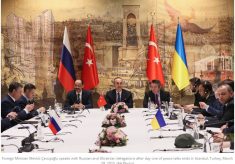 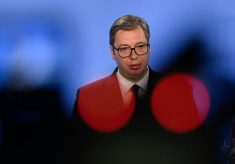 Ahead of the national vote, Serbia resist pressures to impose sanctions on Russia 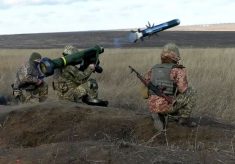 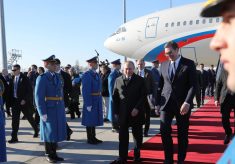 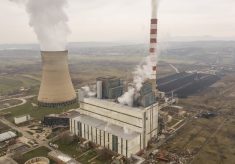 The energy sector in the Balkans is facing tough years ahead 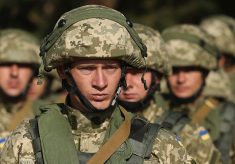 Military training reform in Ukraine: a difficult one

The Georgian elections of October 2, and their domestic and international impact

Energy from coal kills thousands in the Balkans. China pledges not to finance new projects

Half Balkans push for “Mini-Schengen”, other half boycotts it

Montenegro’s debt saga: the lesson to learn for the EU

In Serbia, the new government is already old

Montenegro on the verge of change?

The pandemic: a further shock on the Balkans

The impact of Covid-19 on the Balkan region

Orban: the Hungarosphere in the Balkans