Since the end of the Soviet Union (1991) there has been a gradual shift of the majority of the republics that were part of the USSR out of the Russian sphere of influence. In the European part, Baltics (Estonia, Lithuania and Latvia), central republics (Belarus, Ukraine, Moldova) and Caucasus (Armenia, Georgia, Azerbaijan). Only Belarus and Armenia, in different ways, still look at Moscow.

Two are in conflict with each other over disputed historical areas, i.e., Armenia and Azerbaijan (Nagorno Karabakh and Nakhichevan) where Russia plays a crucial peacekeeping role.

In the Asian part (Kazakhstan, Uzbekistan, Kyrgyzstan, Tajikistan and Turkmenistan), apart from Turkmenistan which has chosen an isolationist and neutral policy, the other republics to varying degrees are allies of Moscow and there have been no movements towards NATO, even if some countries are in dialogue and have offered some logistical support during the Afghan campaign.

Of the 15 former Soviet republics, nine are still part of the CIS (Commonwealth of Independent States), created soon after the dissolution of the Soviet Union; although it has limited supranational powers, it functions as a platform for economic and customs integration. The Baltics did not enter immediately, Turkmenistan only as an observer, Georgia left in 2009, Ukraine in 2014.

Four Asian republics and Russia joined the Shanghai Cooperation Organization together with China, India, Pakistan and Iran. This is a significant sign of an established Chinese influence in wider Eurasia, although at varying degrees.

Geography and history generally push towards the closest and safest poles of attraction: the European republics towards Europe (Ukraine, Moldova, Georgia, Estonia, Lithuania, Latvia), the Asian ones towards Russia and China, Azerbaijan towards Turkey. In this scheme, Belarus and Armenia resist any gravitation towards a leading country, while Turkmenistan decided to be self-isolated under the policy of permanent neutrality.

All republics have still deep historical, cultural, identity, humanitarian and economic ties with Russia from the Tsarist to the Soviet era, while at the same time never forgetting the hegemonic role that Russia has played and that it would still like to play, nourishing misgivings in States that have gained their political and, if possible, economic independence.

For Russia, in addition to the loss of role, territories, economic exchanges plus the military threat resulting from the enlargement of NATO, the problem of protecting Russian minorities in these republics remains a priority. After the dissolution of the USSR, 25 million ethnic Russians found themselves in another country: 10 million are still in Ukraine, 4 million in Kazakhstan (20% of the population), almost 1 million in both Belarus and Uzbekistan, 25% of the population in Estonia and Latvia. The recognition of their rights, including the use of the Russian language, varies from country to country.

Russia is the only former Soviet republic in the G20. The exit from the G8 and the deterioration of the relations with the EU and NATO, protracted in the last 7 years, are leading shifting the centre of gravity of interests to the East and increasing the distance from the Western community. All these countries show different orientations, but the common heritage remains remarkably persistent. 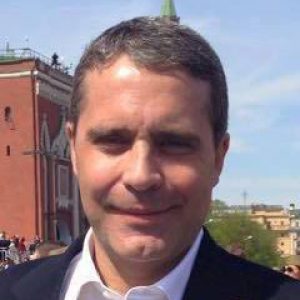 Executive and Italian Honorary Diplomat based in Russia, expert in Government Relations and Russia’s domestic and international affairs. Graduated in Oriental Studies in Italy, he specialised in Middle East and Soviet Studies in Cairo, Moscow and New York 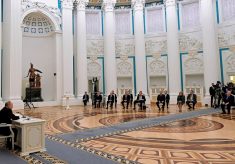 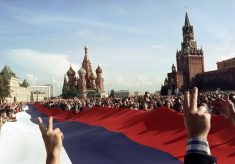 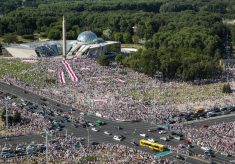 Belarus: in or out of orbit? 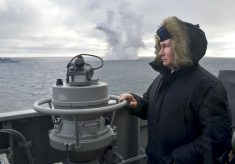 Moscow and the control of the Black Sea 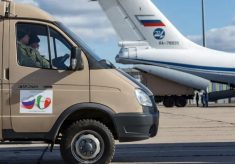 From Russia with love?