Twenty years of NATO and the Western Balkans

Quote by the NATO Secretary General Jens Stoltenberg, during his speech given in front of the United States Congress on 4 April 2019, in the occasion of the 70th Anniversary of the signature of the North Atlantic Treaty: “Time and again, Europe and North America have served together under the same flag. For the same cause of freedom and democracy. Deterring the Soviet Union. Bringing stability to the Western Balkans. Fighting terrorism in Iraq and in Afghanistan. Changing as the world around us changes. As we look together towards a more unpredictable world, we continue to stand shoulder to shoulder”.

At the NATO Summit hosted in Brussels on 14 June 2021, Allied Heads of State and Government agreed to a very ambitious agenda charting the Alliance’s course and transformation over the next decade and beyond. In particular, with the approval of the NATO 2030 agenda, Allies aimed at ensuring that NATO will be able to face the multiple, unpredictable challenges of today and tomorrow. Against the backdrop of a future Alliance, that, in the words of NATO’s Secretary General Jens Stoltenberg, should be prepared to be militarily stronger, more political and more global, the Allies agreed a very ambitious package.

As the world changes, it is an imperative requirement for NATO to continue to evolve. The present security environment is more complex than ever before, and even more complex is likely to be any future scenario ahead of us. With global competition, sophisticated cyber-attacks, disruptive technologies, brutal terrorism, proliferation of nuclear weapons and the security impacts of climate change. No country, no continent, can face these challenges alone. Yet, the transatlantic link, outlined first and foremost in the 72 years-old Washington Treaty, provides a unique bond between European Allies and North Americans, making NATO the organization of choice to best tackle these multi-faceted and interlinked security challenges, both today and tomorrow. NATO is not only a unique forum of continuous political consultations and practical cooperation between Europe and North America, it is the longest lasting political-military Alliance set up in times of peace in modern and contemporary history, having outlived the XIX century-established Holy Alliance.

Under the banner of NATO 2030, the Alliance is committed to a very ambitious agenda, encompassing eight main areas. It is worthwhile considering them, as they all bear a direct link with the current and future relationship between NATO and the Western Balkans, whereas addressing allies in the region, or partner nations. The future outlook of NATO therefore, as stated by the Secretary General for NATO 2030 is one that should combine the military dimension with an enhanced political role for the Alliance. The Western Balkans need NATO to continue to remain politically committed to the region. How does this fit into NATO’s continuous engagement in the Western Balkans, and most importantly, how does the future NATO agenda links to the achievements that have been reached so far in enhancing the security and stability of the Western Balkans, primarily – but not only – through the Open Door Policy? As we approach the revision of the Strategic Concept, did the current one facilitate an enhancement of regional integration into NATO? No future vision of NATO can fail to include the Western Balkans.

The region in fact consists of the oldest and longest-lasting political and operational investment of the Alliance, and certainly the most challenging and articulate one, given the regional complexity and its political, ethnic and religious fragmentation. The Western Balkans include in fact: NATO members, NATO partners, one neutral country –Serbia – and finally it is the region where NATO is still carrying out its sole military operation through KFOR in Kosovo.

Deterrence and defence will remain the cornerstone of NATO, and thanks to the practical implementation of the NATO Open Door Policy, most of the countries of the Western Balkans – now Allies – actively contribute to it. The COVID-19 still ongoing pandemics has put Allies –old and new – in front of an unprecedented challenge, having a profound impact not only on daily lives, but also on economies, resources and populations. In that situation, we have all learned how important it is to support the resilience of the civilian population having to be confronted with unprecedented challenges. The worldwide emergency that the world has been facing since February last year, provides a very good example of what it means to be part of an Alliance, and also to be partner of NATO, also for the countries of the Western Balkans. The robust strategic airlift capabilities that NATO Allies invested in have proven to be absolutely essential during this pandemic, as it allowed to transport and transfer medical equipment and personnel across Allied and partner countries, on the basis of their specific needs and requirements. Resilient civilian services and infrastructures are and will be in the future essential for Allied military forces to operate effectively, in times of peace, crisis and conflict.

Sharpen the technological edge, to make sure that the Alliance remains ahead of the curve will be essential in the years to come. The contribution that the countries of the Western Balkans could potentially provide is already showcased by their continuous interest in the NATO Science for Peace Program. Working with start-ups, industry and universities has the potential for providing additional ways for the economies of the Western Balkans to become more solid, and to avoid the brain drain from these countries. At the 2021 Brussels June Summit, Allied Heads of State and government took a unified stance against anyone who would attempt to endanger the international order, our democratic way of life or demonstrate an aggressive approach towards Allied nations. NATO committed to play a greater role in preserving and shaping the rules-based international order in areas that are important to Allied security. This includes by speaking with one voice in defence of shared values and interests. As part of NATO 2030, Allies decided to deepen NATO’s relationships with like-minded countries and international organisations near and far, including in the Asia-Pacific, Latin America and Africa. This is also valid for the Western Balkans that, despite the integration into NATO, is still one of the targets of third parties’ influences coming from the East, the South, and more recently from China, that should not interfere with the legitimate sovereign choices of the countries of the region. When NATO’s neighbours are more stable, NATO is more secure. Years of experience have taught the Alliance that prevention is better than intervention.

Strengthening partners and training local forces is a more sustainable and cost-effective way to address insecurity, build stability and fight terrorism. Allies decided to strengthen NATO’s ability to provide security and defence assistance, and build partner capacity in areas like counter-terrorism, stabilisation, counter-hybrid activities, crisis management, peacekeeping and defence reform wherever partners ask for Alliance’s assistance. NATO’s commitment to its Western Balkans partners remains unchanged, or even strengthened, as it was reaffirmed in the letter of the Summit Final Communique’. NATO has also recognised that climate change could turn into a security challenge, possibly leading to new geopolitical tensions.

In conclusion, the achievements of the countries of the Western Balkans recorded in the last twenty years are enormous. The job is not done yet, and work should continue to secure that a peaceful, stable NATO Foundation Defense College 43 The way ahead towards a full Euro-Atlantic integration Western Balkans will be the home to the next generations of citizens of the region. Membership in NATO is not an end in itself, but rather a means to an end, a tool to better manage the challenges of the future. It is also the venue where political matters and concerns can be discussed freely, on the basis of equality, regardless of the size of each Ally, its population, or the defence percentage contribution calculated on the basis of each national GDP. The rule of consensus makes all Allies equal. As equal, free democratic countries sharing the same values they should pursue the path ahead.

THE OPINIONS EXPRESSED IN THE ARTICLE DO NOT REFLECT ANY OPINIONS OR VIEWS OF THE NORTH ATLANTIC TREATY ORGANIZATION. 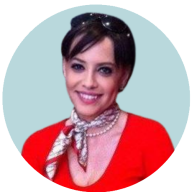 Since 2019, Silvia Maretti is Program Officer for the Western Balkans and South East Europe at the Engagements Section of NATO's Public Diplomacy Division. Prior to that, starting from her joining NATO in 2004, she served as policy officer in the Defence Investment and Operations Division. From 1996 to 2003, she worked as consultant and researcher for several international institutes and universities in Europe and the US.