After 30 years, what is the result of war?

A war happened in Europe at the end of the 20th Century. A war that should never have happened on a continent that was bred in the post-World War II period under the slogan “Never Again”. And yet 30 years ago in 1991 a war began in Europe in one country.

Yugoslavia, more precisely the Socialist Federative Republic of Yugoslavia (SFRY) disintegrated and fragmented, through a bloody disastrous self-implosion. One state that became seven states.
Yugoslavia was one of the three communist federally organized states that broke apart after the Fall of the Berlin Wall. One of them Czechoslovakia disappeared through a peaceful “velvet divorce” in 1993 between its two parts Czechia and Slovakia. The Soviet Union (USSR) fell apart in 1991 more or less without conflict and became 15 States.

Why did they fall apart? There is one fundamental reason: they were Communist federations, not democracies. Many more historical, political, social, economic, cultural arguments can of course be invoked but the absence of the freedom of speech and association, the monopoly over politics by a totalitarian/authoritarian state prevented democratic outcomes.
The first and immediate result of the war of the 1990s in Yugoslavia was devastation and despair, massive loss of human life, displacement of hundreds of thousands of people. International intervention was required because the parties to the breakdown/conflict were unable to settle their disputes themselves. The then Yugoslav Socialist Republic of Macedonia, today North Macedonia, and in between FYROM, was the only one to “exit” Yugoslavia peacefully and unscathed, although in 2001 it went through its own brief internal conflict that resulted in the Ohrid Framework [Peace] Agreement. It was the United Nations that was called to intervene followed by many others over the years and most prominently by the NATO bombing campaign of the Federal Republic of Yugoslavia in 1999.

Some have used the expression of “this is the unfinished business of the Versailles Peace Conference of 1918-19” to state that Yugoslavia was an unviable state, while others disagreed saying that a democratic Yugoslavia never got a chance after a monarchic (under a Serbian dynasty) 1918-1941, and a Communist (1945-1991) Yugoslavia. Peace to these lands then came gradually. First in Croatia progressively and partially from 1992, and then with the full reintegration of Croatian territory after a Croatian military action in the summer of 1995, that resulted in the expulsion of more than 200.000 ethnic Serbs from their homes. Then in Bosnia and Herzegovina in 1995 after the Dayton/Paris Peace Accords at the end of 1995. Politically the region came into its own with the defeat of the regime of Slobodan Milosevic in Serbia in October 2000. The final separations happened with the referendum for independence in Montenegro in May 2006, through which Serbia by default also became independent, and finally Kosovo declared itself independent in February 2008 and has been recognized by about 100 states (but not by 5 EU member states, nor by Russia or China). Serbia did not recognize Kosovo’s independence and still considers Kosovo its autonomous province under Resolution 1244 of the UN Security Council.

Where does all this leave the region? The states that came out of the former Yugoslavia were late to the “return-to-Europe” compared to the other post-communist countries that had vigorously followed this path from 1989 onwards. There was so much catching up to be done in the Western Balkans in terms of democratic transition, of espousing a democratic political culture, developing the rule of law and instilling the separation of powers, pluralism, legality, a free and open public sphere. The road to full Euro-Atlantic integration was speedier for some than for others and circumstances for integration were better before the onset of the financial and economic crisis in 2008, the migration crisis in 2014, the assertiveness of Russia with the annexation of Crimea, and lastly before the pandemic.

Slovenia was able to join the post-Communist frontrunners and was the first to join the European Union and NATO in 2004. Croatia joined NATO in 2009 and the EU in 2013. Three more, half of the Western Balkans countries joined NATO: Albania in 2009, Montenegro in 2017, and North Macedonia as the 30th NATO member in 2020. Montenegro and Serbia are on the path to EU membership, all too slowly. German Chancellor Angela Merkel, a strong advocate of EU enlargement said in August 2014 that the Western Balkans were “advancing at a snail’s pace” towards the EU. Regretfully, this remains true even today. Blockages by France in 2019 and by Bulgaria today to North Macedonia’s EU path have not been nor are helpful to say the least. Hopefully this will change after Bulgaria’s parliamentary elections. Regional cooperation is on the rise and the countries realize that they have to initiate bottom-up processes toward a regional single market and facilitated movement of people, goods and ideas. The Regional Cooperation Council in Sarajevo inheritor of the Stability Pact for South Eastern Europe (1999-2008) and other regional initiatives are playing an important role in the “Europeanization” of the region. Lastly, geography matters. The European peace project, the European Union is the defining framework for all these countries whose strategic goal is to join the Euro-Atlantic family. Integration of this region is crucial for stability and peace. It is also about the credibility of democratic intentions of these countries and of the European Union and NATO to support the efforts of integration. More engagement from both sides is needed. 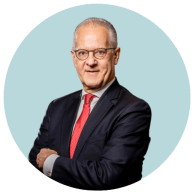 Before joining the Institute for Human Sciences in Vienna as Permanent Fellow in 2017, Ivan Vejvoda was Senior Vice President for Programs at the German Marshall Fund (GMF) of the United States. From 2003 until 2010, he served as Executive Director of GMF’s Balkan Trust for Democracy. Vejvoda came to GMF in 2003 after distinguished service in the Serbian Government as a Senior Advisor on foreign policy and European integration to Prime Ministers Zoran Djindjic and Zoran Zivkovic.