Three decades after the fall of communism, Western Balkans’ democratization process is still going through a rollercoaster ride and the prospects remain weak. The establishment of formal democratic institutions and procedures is constantly challenged by abuses of power, conflicting narratives, growing scepticism and reform stagnation. The deeply-rooted problems cannot be overcome overnight and the preservation of the status quo no longer provides stability to the region.

While the European Union integration perspective has been a major push in undertaking the democratization reforms in early 2000s, today the ‘prolongation of the agony’ of membership seems to have a reverse effect in the region. All countries are stuck in their integration path and membership looks like waiting for Godot. The negotiation frontrunners, Montenegro and Serbia, are far from getting closer to EU, and since 2019 no new chapter/cluster has been opened. While Serbia is advancing in its illiberal turn, Montenegro’s shaky coalition government is facing new troubles. Albania and North Macedonia are long awaiting in EU’s door to start the negotiations.

Bosnia and Herzegovina is a potential candidate country, and it is the emerging deadlock and divisive rhetoric are a worrisome symptoms. Kosovo’s statehood remains disputed 13 years after its declared independence, due to insufficient international recognitions at UN level and the incomplete Belgrade-Pristina dialogue. The normalization of its relations with Serbia is a major stumbling block and, despite its compliance with the visa liberalization conditions (as stated by the High Representative of the European Union for Foreign Affairs and Security Policy Josep Borrell), no decision has been taken by the EU.

Certainly, the EU has played a crucial role not only in the stabilization of the region, but also in the state-building process of the Western Balkans. The accession perspective has been the major attracting tool for the advancement of the democratic reforms in these countries. Moreover, the expansion of NATO towards Albania, Montenegro and North Macedonia as of March 2020, has further complemented and contributed to a more stable and secure region. But, with the European Union stumbling from one crisis to another, its relation with the Western Balkans is suffering of ambiguity today. In front of a disunited EU, with given member states contesting the adoption of a common vision towards the region, vacillating signals and incoherent approach have resulted in a slowing down of reforms and the regional leaders paying lip service to values and democratic norms.

The emblematic postponement of the start of the accession negotiation talks with Albania and North Macedonia has further undermined EU credibility in the region. The countries were awarded the candidate status, respectively in 2014 and in 2005, and the situation is in a deadlock. Despite EU’s attempts to inject political momentum from time to time, the French veto of 2019 ended in symbolic actions like the adoption of a new accession methodology, still on paper. The Council’s genuine effort of March 2020 to greenlight the accession talks turned into another déjà vu, as no step forward was effectively taken. With the accession perspective in a stalemate, faith gave way to a growing frustration, since deeds have not followed the promises.

Albania’s undertaking of a deep and comprehensive justice reform has not been satisfactory enough to sceptical member states, who opted for introducing new pre-conditions to the process, raising the bar further. The burden to demonstrate and bilaterally convince the critical member states on the achieved progress has triggered domestic fatigue and simultaneously has put into question the role of the Commission. The fragmented approach of the Union is even more visible in the case of North Macedonia, revealing a striking paradox of enlargement policy in the Balkans. Dragged down by reasons of history and identity, Bulgaria’s vetoing of North Macedonia’s start of the accession talks in 2020 is another case of crafting of extra (and unfounded) conditions.

Despite the landmark agreement to change the name in order to resolve the bilateral dispute with Greece in 2018, and the undertaken democratization reforms after the authoritarian turn of the past decade, unfortunately another EU member state uses enlargement for its own domestic issues.

The coupling of countries’ domestic disappointment with the EU’s disengagement from enlargement puts into the spotlight the fragility of the democratization process of these countries. Considering the ongoing pandemic conditions, the opportunities for illiberal behaviours of the regional leaders are on rise and the personalized style of politics is becoming a dominant feature. The vacuum created has permitted to other players to leave their footprint on the region, whose presence is cultivated also thanks to the willingness of regional actors. Besides the traditional role of Russia, the pandemic has served to China to pursue quite an active foreign policy, followed by Turkey and some Arab countries.

The deterioration of the state of democracy and particularly of media freedom is an alarm bell and enlargement can no longer be at the margins of EU political agenda. By year 2022 new political developments are foresee, with France engaged in its presidential elections and chairing of the Council Presidency and Germany with a different government. Therefore, the EU needs to turn the tide vis-a-vis the Balkan issue in the next six months, before further political momentum is lost. 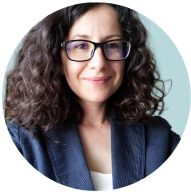 Gentiola Madhi works as consultant researcher and since 2018 she regularly contributes to Osservatorio Balcani e Caucaso - Transeuropa on Albania’s political and societal developments. Previously, she worked as project manager at the Albanian Ministry of Foreign Affairs and as national programme officer at Helvetas Swiss Intercooperation in Tirana. Gentiola graduated from the College of Europe (Bruges) and University of Florence.