The NATO Defense College Foundation has prepared a Special Issue on the Balkan region. This decision has been taken because of the importance of this area. We are speaking about something that, contrarily to mainstream usage, is not really specified with precision and has not precise boundaries. A region going from the Adriatic to the Black Sea, from the Mediterranean to the Danube, changing features with the process of history.

It had been said that “the Balkans produce more history than they can consume”. It is also well known that Chancellor Metternich one day said that the Balkans begin at the borders of Vienna. Today we are in a different environment and, in a way or in another, it has to do mainly with former Yugoslavia, Besides the narratives, let’s remember that, with the exception of Yugoslavia, South-Eastern Europe was divided between NATO and the Warsaw Pact. Things have radically changed since the cold war; 2004 was a special year due to the enlargement of both NATO and the European Union to south eastern Europe.

The process continued afterwards. Today there are six countries remaining outside the European Union. Albania, Montenegro, North Macedonia, belong to that group but are now members of the Atlantic Alliance.
In conclusion, a slow process of inclusion into the Euro-Atlantic institutions has taken place. At a slow pace but in a positive direction. It has not satisfied everybody, with difficult moments and it is, in any case, incomplete. There are two basic angles for looking into this affair that keeps us busy. On the one hand completing the process of inclusion is the only possible destination for the countries concerned.

On the other hand, to become members of the European Union and the Atlantic Alliance is not simple and requires deep reforms and the adoption of specific standards. It takes time and political will. Looking at the big picture, why NATO and what kind of role is it playing? The Alliance started its involvement with a peace-keeping and peace-enforcing role in Bosnia-Herzegovina in the mid-90s after the collapse of Yugoslavia as a single state. There is consensus that it was beneficial for stopping to war and, in the end, it produced the Dayton Agreement.

It was a compromise and it is not perfect, but it is still in force. The NATO operation gave way to a European Union operation under the so-called “Berlin-plus” arrangements between the two organizations. The most visible sign of the two institutions supporting each other. In 1999 the Alliance has been engaged in an air campaign lasting about two months to stop an ethnic war in Kosovo by Slobodan Milosevic, the last Communist leader in the region. Kosovo has become an independent country and NATO still contributes to its stability with the presence of KFOR. Again, there is a very good ongoing cooperation with the European institutions.

In North Macedonia NATO had an active role in 2001 with the operation “Essential Harvest”, avoiding a civil war and supporting democratic institutions. Let’s not forget that Italy, a NATO country, came to help Albania and its people at the fall of the Communist regime. It gave a substantial support also to rebuild its defence institutions. In conclusion we witness a positive role of the Atlantic Alliance, promoting democracy and stability, projecting security in a strategic part of Europe. Developing a fruitful cooperation with the European institutions with examples that could be followed in different parts of the world. Old and new challenges are now visible in the Balkans, in part due to fatigue in the process of changing traditions and legacies of the past. Bad memories with Serbia should be overcome and the moment has come to turn the page. Bosnia-Herzegovina remains in a difficult situation because of its basic fragility, but cannot be left behind.

Kosovo has to complete its process of becoming a state recognized at European and international level and to overcome the existing issues with Belgrade. North Macedonia is finally a member of NATO, but there is still work to do in a complex regional environment.
This is a short summary in order to give to the reader a sense of the historical complexity in a region that has been for centuries at the intersection of empires and remains fragmented. The recent NATO Brussels Summit has confirmed the importance of the region and the Balkans are mentioned in the final Communique. The Foundation is keeping its focus here since many years. We are convinced that the wider Balkans are an essential part of Europe, of strategic value; we should do our best to accompany them in a process of reforms and inclusion. The Special Issue is composed by contributions of recognized experts of various nationalities. We have thought that quality is more important than quantity. We wish to give to the region the attention that is needed and that it deserves. The ultimate objective of the Foundation is to concretely contribute, in a positive spirit, to a historical process underway. 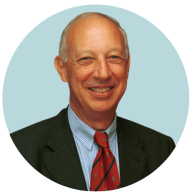