After more than three decades of transition and a triple dip economic recession, economic security remains the main challenge in the Western Balkans. Unemployment, poverty, corruption, and brain drain are the main challenges that threaten the everyday security of average citizens in the region1 . Suffering from a lack of competitiveness and dangerous public debts, the current Covid-19 crisis has further exacerbated existing structural problems, deteriorating people’s social and economic conditions, and threatening hopes of future convergence with western advanced economies.

In addition to the burden imposed by the 2009 financial crisis, the Covid-19 pandemic took a far more damaging dangerous economic and social toll on the Western Balkans, with national estimates ranging from a low of -1% in Serbia to a high of -15% in Montenegro. This was the worst downturn on record, as a result of drops in both domestic and foreign demand, disruptions in supply chains, and fall of tourism as one of the main sectors of the economy.

The economies of the Western Balkans lag behind the rest of Europe, with very low incomes and living standards. The average per capita income levels fluctuate at $6,100 in current prices, as low as only 16% of the EU average of $37,000. These income levels vary from the lowest in Kosovo with only $4,300 per capita to the highest in Montenegro with $7,700.

As countries are falling into the “middle income trap”, the regional convergence with Europe has stalled (regional economic expansion will be 3,7% in 2022-2023)2, implying that it would take the at least 20 years for the Western Balkans on average to double its income, and more than 50 years to catch up with the European average. The dire economic situation is a result of un-friendly business environment characterized by weak institution and rule of law, high levels of corruption, and the very limited role of innovation all factors contributing significantly to the low competitiveness of the region (lowest rankings in institutions and innovational capabilities), shown by the Global Competitiveness Report 20193.

Out of 141 countries researched from the World Economic Forum, the Western Balkan economies rank between the 72nd position held by Serbia to the 92nd held by Bosnia and Hercegovina. Unfortunately, small and fragmented markets, coupled with a harsh business environment, cannot repay costly innovation investments, stymying any significant modernisation will. In terms of trade and investment partners The EU (84% of exports and 64% of imports) is the biggest trade partner, distantly followed by China (5,8% of overall regional trade), Russia (4,7%, in decline since a decade), Turkey (4,2%) and the USA (2%). That said, China is working actively on a Balkan Silk Road of infrastructure networks and logistical corridors between the Port of Piraeus in Greece and markets in Western Europe, taking advantage of the lack of infrastructure in the region, combined with lack of capital, lax public procurement rules and poor labor regulations. Chinese investment (Greenfield investment and contracts) in four countries of the Western Balkans (excluding Albania and Kosovo) during 2005-2020 was $15,4 billion, with Serbia leading with $10,5 billion, according to the American Enterprise Institute (AEI).

This equals to almost 20% of total FDI in the region ($80 billion in 2020). A misleading aspect of the reported data is that most of the money is not actual FDI, but loans. More than 80% of total Chinese investment in the region is financed by loans, with studies showing that construction costs would not be repaid in hundreds of years4. Among the biggest infrastructure projects in the region is the Belgrade-Budapest railway, 85% ($2.5 billion) financed by China Export-Import Bank and constructed by China Railway and Construction Corp. Another important project is Bar-Boljare highway in Montenegro financed by Export-Import Bank of China, which loaned 85% of the estimated $1 billion and is being built by the China Road and Bridge Corp. In North Macedonia, two highways — Miladinovici to Shtip and Kichevo to Ohrid — cost $580 million and are being built by Sinohydro Corp. Ltd.

With an 18 million consumers’ market, there is a good potential, but it is hampered by poorly functioning institutions, informal economies, rampant corruption, poor infrastructure, low productivity, low competitiveness and lack of regional integration. In 2019, the six countries together attracted USD 7,5 billion FDI (Foreign Direct Investment), the largest amount going to Serbia, which is the largest economy in the region with USD 4,5 billion, followed by Albania with USD 1,3 billion, while Kosovo and Bosnia and Hercegovina have the lowest FDI with USD 300 million and USD 365 million respectively5. Western Balkans, bordering the EU, have received only 0,6% of the European investments in the global economy.

The Western Balkans are at a critical juncture: in a desperate need for modernization while struggling with the most difficult economic crisis in the last three decades. To escape this vicious cycle, they need to change gears and act on the following priorities:
· Regional economic integration, creating a truly integrated and innovation friendly market (Western Balkan Action Plan for the Common Regional Market 2021-2024 and Green Agenda);
· FDI and Regional “Near-shoring”, aiming at pooling competition for FDI and at achieving qualitative investments that would increase innovation and competitiveness. The pandemic has created an opportunity for the near shoring of European productions, entailing also a stronger EU’s strategic autonomy;
· EU- Driven Economic Development, since it is essential for these countries to commit in deed and not only on paper to EU conditions of accession. This means that, while chapters are opened and negotiated, there should be more access to the EU budget, entry into the single market and the customs union. EU should in turn support seriously innovation and industrial development in the area. In fact, the EU will invest more than $10,5 billion (EUR 9 billion) for the period 2021-20276;
· Digital Economy, where governments need to build on existing success stories of IT hubs, promote and financially support them, focus government policies on IT-related infrastructure, and invest in the quality of education. 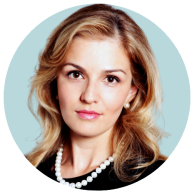 Dr. Valbona Zeneli is a professor of National Security Studies and the Chair of the Strategic Initiatives Department at the George C. Marshall European Center for Security Studies. Her portfolio covers the Ukraine Defense Reform Program, the Senior Leaders’ Program for capacity building for parliamentarians, the Loisach Group (in collaboration with the Munich Security Conference), and the Balkans 360 Initiative.