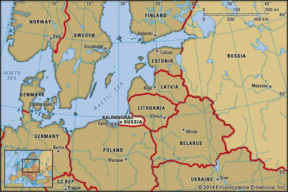 The Russian response to the Belarusian protests was to activate the entire pro-Russian network in the country. The International Strategic Actions Network for Security[1], a renowned analysis magazine specialized in countering hybrid threats, reported a complex operation to weaken the Belarusian president, Lukashenko in order to pave the way for any desirable scenario: a lame duck in Minsk, compliant to any Russian pressure; a Coordination Council filled with pro-Putin Belarusian high officials; free elections where the old man loses and a new acceptable president emerges; confuse the Western and the Belarusian public opinion.

Active measures, including disinformation, are much more effective than military intervention. Despite the media pressure for action and occasional Russian statements, such a move would be ineffective and highly counterproductive since it would spur internal resistance in Belarus and strong attrition at international level.

Sending Russian riot police (a contingency reserve force has been already set up) to assist the government in Minsk, would be rather different, especially if manifestations would become rather violent.

For the time being Alexandr Lukashenko is clearly committed to retain his power, despite being unpopular at home and contested in international fora. His two-track strategy that can be summarized as follows:

Not by chance Lukashenko is stirring fears into the population by verbally alleging NATO of preparing an invasion or Poland of preparing a partition of the country and consequently recovering its territories lost after WW II, should Belarus disintegrate in the aftermath of a bloody civil war. Because of his behaviour before the crisis and now his personal chances of dialogue with the West are to be assessed as non-existing or very low.

Russia’s interests are also clear and aim at keeping the status quo, having Belarus in the following settings: the Union State with Russia itself, the CSTO (the defence and security agreement including Armenia, Belarus, Kazakhstan, Kyrgyzstan, Russia and) and the Eurasian Economic Union (that does not include Tajikistan).

Belarus is also important as: a buffer zone; by hosting the Gantsevichy strategic nuclear early warning radar (Volga type), that identifies ballistic missiles launches from Western Europe and by providing an essential logistic link to the highly militarized exclave of Kaliningrad. Moreover it is a transit for Russian pipelines avoiding the contested Ukrainian territory.

Evidently Russian President Vladimir Putin has no interest in a turbulent Belarus, showing that a leader can be overthrown by popular unrest, but for time being the word “coloured revolution” has not been uttered. This may possibly show that Moscow is not really convinced by the political choices of the government, by the way elections have been managed and that it might tacitly acknowledge that at least some popular discontent is genuine. This entails that Russian support is ambiguous and volatile and that Lukashenko has to rely on its own diehard supporters.

Ukraine believes that a more secure northern border is very important, although an improbable Russian action could not count on the support of local population as it was the case in Donbass.

Lithuania could be interested in recreating a Slavic–Baltic union. While politically not feasible, the project could be interesting on the interconnectivity side (navigation and port, energy, trade infrastructures), like for instance the E40 project, that could link Ukraine, Poland and Lithuania from the Baltic to the Black Sea through connecting waterways (something remembering the Intermarium concept between the two wars, but strictly at economic level).

Poland is essentially interested in Belarus on two accounts: at foreign policy level, it wants to develop viable partnerships in building partner’s resilience and to protect Polish minorities, also facilitating a flexible visa and local border traffic policy; at defence level, the main worry is the deterioration of bilateral relations and above all the increasing Russian influence and risk of destabilisation. It is interesting to notice that the much discussed Suwalki Corridor (or Gap) is not mentioned in official white books or concepts. Democracy promotion, influence projection and the creation of buffer zones are more part of a wider hazy social media narrative.

The USA were considering to reopen diplomatic relations but ware caught off guard by the electoral frauds and ensuing protests. Before any democracy promotion, the State Department would have been satisfied with some modest human rights improvements. At NATO level the Suwalki Corridor is a matter of exercises, but the idea of detaching Minsk from Moscow has much less followers also in Washington DC.

Belarus should be more open to democracy and to the rapprochement to the West in technical, security (military neutralisation of its territory, so that security is assured for all stakeholders) and economic matters on the one hand. On the other, Minsk should keep in mind some fundamental Russian interest in order to avoid a further serious degradation of Russia-West relations or even outright tensions.. An overall agreement on the future status of Belarus must be therefore reached by all concerned stakeholders, first of all internally by the Minsk institutions and then by main stakeholders, like the USA, Russia and the EU, and neighbouring countries