There are presently more than 2.500 man-made artificial satellites in orbit around the Earth. Most of them are indispensable for daily life and the survival of key areas such as civil and military communications, meteorology, and aerial and maritime navigation. Faced with the enormity of interests at stake, it is a miracle that the military conflicts that occur on land, sea, air now and even in cyberspace, have so far spared outer space.

One reason for this is that merely ten years after the launch of the first Sputnik in 1957 the international community finalized a “Treaty on Principles Governing the Activities of States in the Exploration and Use of Outer Space” that, to this day, remains the principal legally binding document assuring the peaceful use of outer space. Its main general provisions are: space is not subject to appropriation by claim of sovereignty; the exploration and use of outer space must be carried out for the benefit of all countries; States must not place weapons of mass destruction (WMD) in orbit in outer space.

Today the greatest risk of weaponization comes from anti-satellite weapons (ASAT), capable of destroying or damaging satellites and other objects in orbit. The capacity to produce such weapons exists since the cold war. The initial Soviet ASAT projects go back to the early 60s. The first successful US interception test of a space took place in 1985. Since then, and for over two decades, a de facto moratorium has been respected by the two Cold War protagonists as well as by the international community as a whole. Fear of the disastrous effects of the use of anti-satellite weapons for the very survival space activities, constituted the principal reason for abiding by this moratorium.

Today outer space is littered with tens of thousands of debris resulting from decaying space objects orbiting at astronomical speed and capable to produce irreparable damage to and multiply the number of debris. A “weaponisation” of space through the kinetic use of ASAT would increase exponentially the number of space debris and would make outer space unusable for human activities. Paradoxically debris is today the main impediment to a deployment of anti-satellite weapons. Efforts to eliminate debris or to mitigate the damages caused by them, risk removing such an impediment and opening the way to a deployment spiral.

In 2007, the international community was shocked to learn that China had destroyed one of its own obsolete satellites causing the dissemination of a large quantity of debris and thus breaking the moratorium on ASAT. In 2008 the US, in turn, destroyed one of its own satellites which was decaying from orbit and risked contaminating its crash site. Both events were interpreted however by some as a demonstration of the two countries’ anti-satellite capabilities. In 2009 an accidental collision took place between a US and Russian satellite causing debris. Since the no further anti-satellite tests were reported until 2019 when India became the fourth country having tested an anti-satellite weapon. In April 2020, according to US officials, Russia tested an A-235 PL-19 Nudol hit-to-kill interceptor, designed for anti-satellite missions.

In light of these latest developments we can say the moratorium on testing has all but disappeared and many countries have now established their space military commands and focussed their strategy on protecting their satellites from attacks and on deterring such attacks. The door is therefore open to a possible arms race in outer space specifically related to anti-satellite weapons.

No major diplomatic initiative is in sight to contain such an arms race. The Conference on Disarmament in Geneva, the sole forum designated by the UN to negotiate arms control treaties has been paralysed since 1996. No consensus has been found on the Russian/Chinese 2007 proposal for a “Treaty on the Prevention of the Placement of Weapons in Outer Space” (that however would not cover the non-space based ASAT weapons). Not even a milder proposal by the European Union in 2010, originated by Italy, for a “Code of Conduct on Space Activities” obtained an international consensus.

Meanwhile new ways to destroy or incapacitate satellites complicate the situation. Indeed ASAT weapons now also include non-kinetic ways to disable or destroy a satellite such as frequency jamming, the use of electromagnetic pulses or directed energy (laser beams or microwave-bombardments) and cyber-attacks. Although the group of countries having tested ASAT systems is presently very limited, the number of those potentially capable of acquiring this technology is much wider. Such devices could even fall into non-state actors’ hands.

The natural solution to the ASAT problem would be the negotiation of a treaty-based ban on ASAT systems. A less ambitious but still meaningful objective would be to ban the use, the threat of use or the first use of such devices. At a minimum a dialogue on specific confidence-building and transparency measures (CBTMs) should be resumed. Greater transparency and codified norms of conduct could significantly reduce ambiguity about operations near or directed at strategically sensitive satellites.

One of the loopholes of the 1967 Outer Space Treaty is the lack of a mechanism to monitor the implementation of its provisions. This unusual situation must be addressed. A periodic review process, as in the case of most other equivalent treaties, should be introduced. Such a forum would be an appropriate venue to address space security issues including ASAT. Amendments to the treaty can be adopted by a majority vote.

In a recent statement US Assistant Secretary of State Chris Ford indicated that at the last US/Russian Strategic Security Dialogue a proposal was accepted for a bilateral space dialogue. US and Russia are no longer the only protagonists in this field but a bilateral clarification at their level would be a first step towards a wider process.

He was Italy’s ambassador for Disarmament in Geneva and chaired the Conference on Disarmament, the UN secretary general’s Advisory Board on Disarmament Affairs and the Missile Technology Control Regime.

He is the Executive Secretary of the European Leadership Network Italian Group. 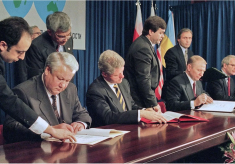 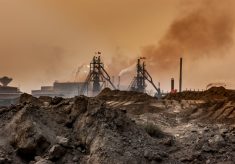 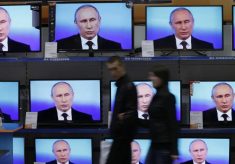 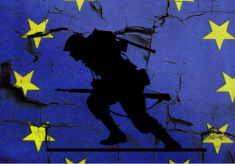 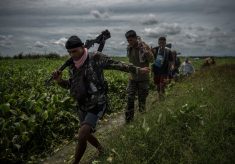 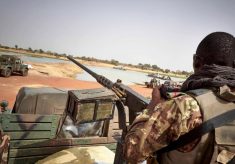 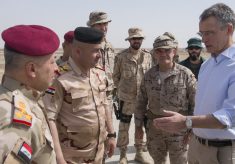 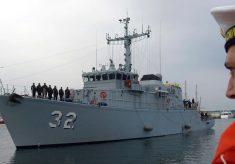 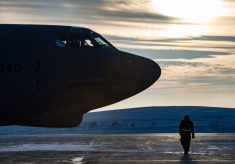 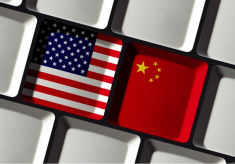 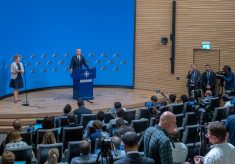 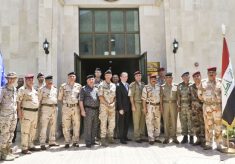 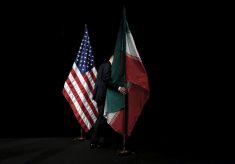 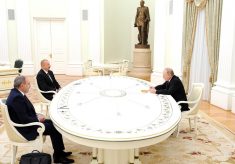 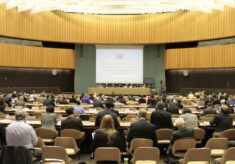