The explosion of a violent dispute among residents on the border of Kyrgyzstan and Uzbekistan about rights to access local water sources is an unsolved problem that affects Central Asian states since 1991, namely the existence of territorial enclaves.

This recent conflict emerged in Sokh, that can be universally considered an emblematic case: as a matter of fact, Sokh is an enclave under Uzbek sovereignty, located in Kyrgyz territory (in the Batken region) with a population of nearly 70.000 of whom 90% are ethnic Tajiks (International Crisis Group, Central Asia: border disputes and conflict potential, Asia Report 33, 2002).

Sokh’s situation shows that, after nearly 30 years of independence, border issues and territorial enclaves still represent one of the most problematic and complicated matters in Central Asian relations and a dangerous source of tensions and conflicts. In Kyrgyzstan there are seven enclaves: two of them belong to Tajikistan (Varukh and another one in the north of Isfana) and five to Uzbekistan, included Sokh. In spite of the ethnic and cultural mosaic characterising Central Asia, local governments have failed to adopt an integration policy towards ethnic minorities, based on the recognition of their cultural and linguistic identity, on the concession of land and property rights as well as on political representation, mainly in some provinces where – with regards to the national group – these ethnic minorities are the majority. These unsolved issues trigger a condition of latent instability that sometimes erupts bloodily, as the 2010 inter-ethnic clashes between Uzbeks and Kyrgyz in Osh dramatically showed.

Contrary to the past, Uzbekistan and Kyrgyzstan have decided to intervene quickly with a diplomatic settlement: Kyrgyz First Deputy Prime Minister Boronov and Uzbek Prime Minister Aripov travelled to the scene of the unrest, while Uzbek government has pledged to invest millions of dollars to support local economy and to improve infrastructures in order to ensure a permanent direct connection between Sokh and its mainland, Uzbekistan. As a matter of fact, the only road linking Sokh to Rishton, the nearest town in Uzbekistan, is not open and it is actively patrolled because Kyrgyzstan is a member of the Eurasian Economic Union; there cannot free movement of goods and people with Uzbekistan, because it decided instead not to join the EAEU (Uzbekistan pledges huge investments in troubled exclave, Eurasianet, June 4, 2020). However, one of the main and urgent relevant tasks is to achieve a common agreement concerning joint jurisdiction, double citizenship, and access to limited resources (land and water) that will prevent a potential spreading of instability that could easily affect the whole region. 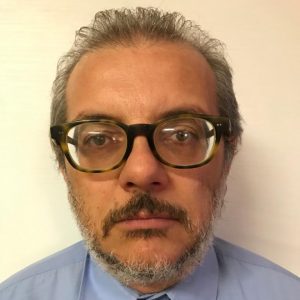 PhD in Geopolitics. He is non-resident researcher at the Center for Energy Governance and Security (EGS South Korea) and analyst at the Observatory for Central Asia and Caspian. 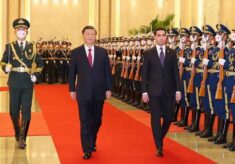 Turkmenistan-China high level meeting, a strategic cooperation in the heart of Central Asia 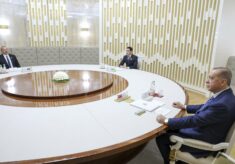 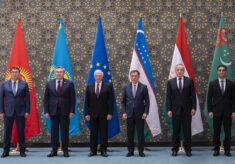 The European Union diplomatic activism in Central Asia: a window of geopolitical opportunity 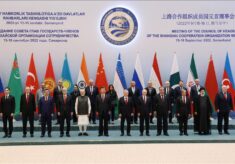 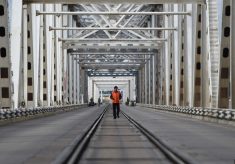 Taliban and domestic security one year later: the Uzbekistan’s perspective 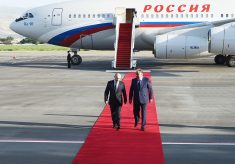 Tajikistan: the diversification of military cooperation looking at Afghanistan’s threats 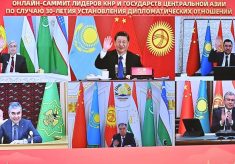 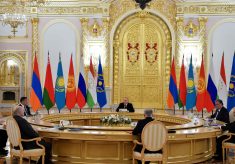 CSTO annual meeting in the time of Russia-Ukraine war 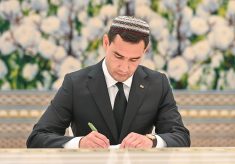 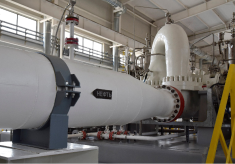 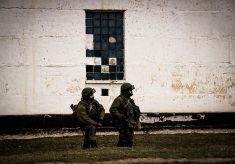 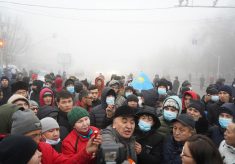 Geopolitical implications of the Kazakhstan’s uprising

Italy-Central Asia Conference: the success of the 1+5 framework of cooperation

Uzbekistan’s presidential elections: a test for the administration

CSTO and SCO meetings: security (and economic) focus on Afghanistan

Central Asia and the worsening security scenario in Afghanistan

US and Afghanistan: disengagement or strategic redeployment in Central Asia?

The diplomatic activism of Iran and Turkey in Central Asia

Kyrgyzstan’s political transition: Japarov and the return to a presidential system

From Trump to Biden: the Cenasia focus

Kyrgyzstan: a new political “revolution” which worried Russia and China

The uneasy integration’s process in the Eurasian Economic Union

The pandemic in Central Asia

Looking at the US-Taliban deal under a Central Asian perspective

The US Strategy towards Central Asia: new approach, old goals

Central Asia 2020: which evolutions in the region?