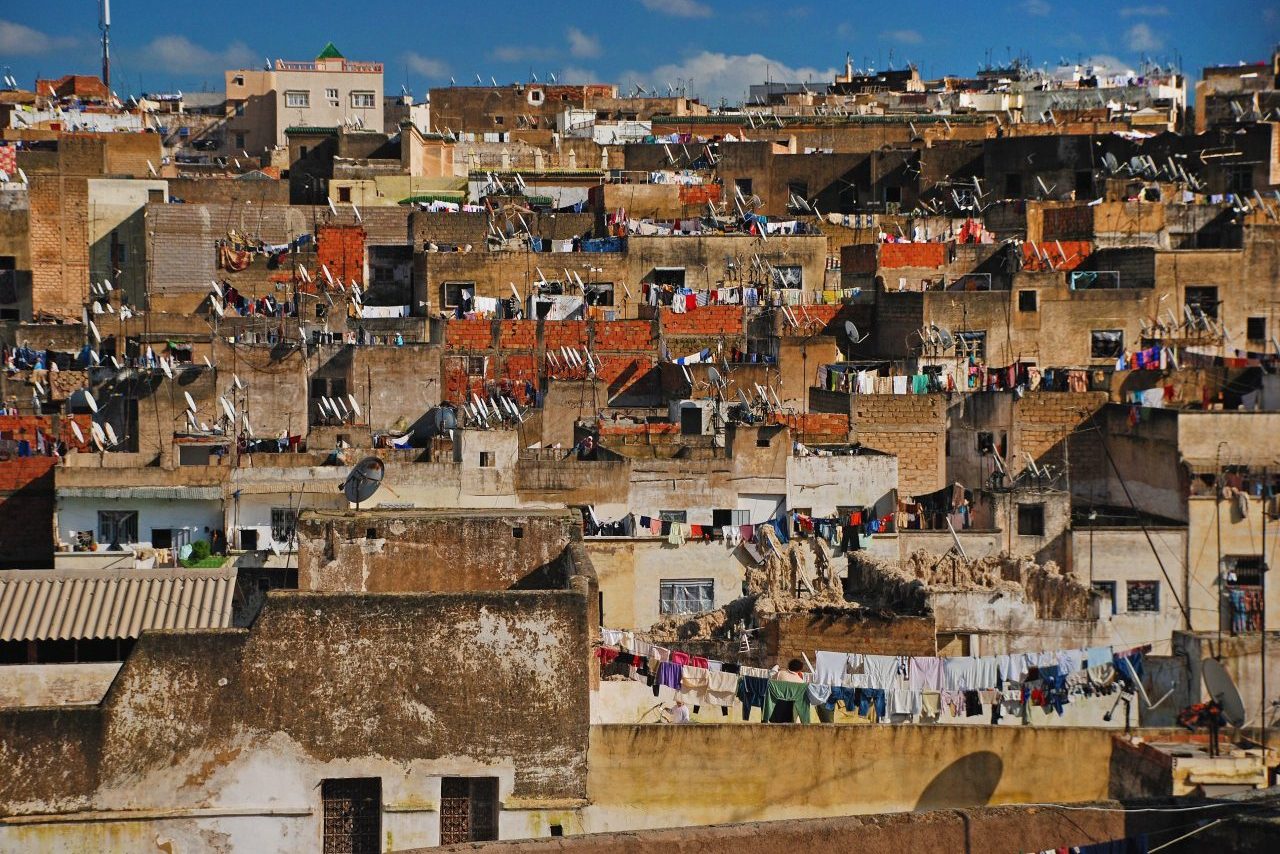 The 2011 Arab uprisings have reverberated over the last decade, continuing to influence the politics and popular expectations on the relationship between government and those governed throughout in the Middle East and North Africa (MENA). However, they have also contributed to conflicts in Syria, Libya and Yemen and an increased fragility amongst many states within the region, and in peripheral areas such as the Sahel, and economic challenges for large swaths of the population in MENA states(1).

The events of 2011 have also impacted the evolution of transnational organized crime in MENA states. Organized crime and illicit economies, such as drug trafficking and human smuggling, have long existed in the region. Lebanon and Morocco have been key cannabis production points for decades, while human smuggling across the Mediterranean from North Africa to Europe occurred in significant volumes throughout the 1990s and 2000s(2).

However, over the last decade these illicit economies and others have evolved, expanded and entrenched, with interlinkages between criminal actors and formal power structures deepening, leading to organized crime groups that are more robust and capable of posing far greater challenges to regional states in 2021 than what had existed a decade before.

Specifically, the events of 2011 uprisings have shaped the evolution of organized crime in four ways. First, changes in demand and in the operating environment have allowed illicit economies in MENA to expand and entrench. The most highly visible example of this involves human smuggling, with networks operating throughout the eastern and southern shores of the Mediterranean expanding dramatically over the last decade, catering to a sharp increase in demand by migrants and refugees, including those displaced by the conflict in Syria, seeking access to Europe(3) . This expansion has further been enabled by conflict and fragility, such as in Libya, which has limited the ability of law enforcement to counter the trade(4) .

As well, expansion of organized crime has been driven by the imposition of embargoes on Syria and Libya. This has driven demand for accessing prohibited goods – notably weapons – and created incentives for governments to tacitly allow the operations of some types of criminal organizations.

Second, there has been a change in the geography of illicit economies in the region, with criminal actors operating more regularly across a far greater swath of space than in the past. Much of the shift in geography is attributable to the conflicts in Syria and Libya, which have created contested space in which organized crime has flourished. The drug trade illustrates this change. While Morocco and Lebanon remain key production points, Syria and Libya have emerged as important zones for production, storage and trafficking of drugs(5) . In Syria, a degradation of law enforcement capacity and limited government focus on drugs have led to its emergence as a key regional node, both for the shipment of cannabis resin and for the production and export of Captagon. The volumes of the latter drug produced in the country are extremely large, with just one shipment, intercepted by Italian authorities in 2020, valued at USD $1,13 billion(6) .

Rather than a production point, post-conflict fragility in Libya has allowed led to its transformation into entrepot state for trafficking, with shipments of cannabis, Captagon and other drugs arriving from Morocco, Lebanon and Syria, before being re-shipped to Europe, Egypt and further afield(7) .

Further, the geography of crime within MENA has also been altered by conflicts in peripheral regions. In particular, rising conflict and instability in the Sahel – in part catalysed by Libya’s 2011 revolution – have become so acute led some drug trafficking networks have begun to actively avoid the region, rather rerouting shipments through areas of North Africa(8) . In particular, South American cocaine traffickers, often abetted by local criminal groups, have started to shift trafficking routes to states such as Morocco and Algeria, and on to Europe, an evolution raises worrisome risks of narcotics linked corruption and instability(9) .

Third, the last decades have witnessed a shift in who is involved in organized crime and illicit economies. In some instances, such as in Tunisia, the number of people involved in smuggling has sharply increased, driven both by economic need and increased opportunity, due to post-2011 weaknesses in border security(10). Mostly, this has involved the transport of pedestrian contraband – such as food or petrol.(11) However, in some instances such petits commerçants have slowly gravitated towards involvement in more illicit forms of organized crime, such as the trade in drugs or arms(12).

In other instances, terrorist groups and militias have become functionally entwinned in illicit markets. In Syria, for much of the mid-2010s, the Islamic State was deeply enmeshed in oil smuggling, as well, to a lesser degree in other forms of criminality, such as drug and antiquities trafficking and human smuggling, leveraging the illicit economies to self-fund its military operations(13). A similar dynamic continues to prevail in Libya, with armed groups throughout the country deeply involved both in the taxation of people smuggling, petrol trafficking and drug trafficking, but also in certain cases directly involved(14). Though not unprecedented – with groups such as Hezbollah linked to illicit economies for decades – like illicit economies more broadly, this entwining has occurred over a larger geographic area than in the past, and risks further challenging the ability of regional states to functionally counter the growth of organized crime.

Finally, in the wake of the 2011 the relationship between organized crime actors and authorities have been altered in many states throughout the region. In North Africa, for example, states historically viewed the challenge posed by criminal actors as limited. Rather, smugglers involved in the movement of contraband commodities, such as petrol or people, were tacitly allowed to operate, as long as they provided intelligence information to authorities and eschewed involvement in drug or arms trafficking, or the provision of assistance to terrorists(15). In this relationship, states exercised clear dominance, relying on functional security forces to mete out punishment on transgressors.

Since 2011, however, law enforcement capacity has declined in a number of states within the region. This degradation, which occurred concurrently with the increase in the scope and power of organized crime groups, and their intertwining with armed groups, has up-ended the previous power balances between states and crime groups. In Libya, individuals implicated in criminal activity have functionally been absorbed into state security apparatuses, blurring the lines between criminals and state agents, and posing stark rule of law challenges(16). Instances of criminal corruption have emerged in several states, most notably Algeria, where a number of high-level officials or their relatives were linked to cocaine trafficking(17).

Most ominously, the engagement between crime and the Syrian state has evolved to the degree that the moniker of ‘narco-state’ has increasingly been applied(18).

The last decade has seen the evolution, expansion and entrenchment of organized crime groups, and illicit economies more broadly, throughout MENA. There is little evidence that this trend will be altered in the coming years. If anything, the COVID-19 pandemic has further impacted the fragility of states in region, driving economic desperation, fuelling efforts to emigrate by both legal and irregular means, and limiting the financial resources available to governments. This perfect storm of conditions risks further fuelling the power and geographic reach of organized crime groups in the region, and in so doing posing an even more acute challenge to states and citizens in the Middle East and North Africa.

15) Matt Herbert, “States and Smugglers: The Ties that Bind and How they Fray,” in Transnational Organized Crime and Political Actors in the Maghreb and Sahel, Konrad-Adenauer-Stiftung, January 2019; Tuesday Reitano and Mark Shaw, “Libya The Politics of Power, Protection, Identity and Illicit Trade,” United Nations University Centre for Policy Research, Crime-Conflict Nexus Series, No 3, May 2017; Herbert, 2014.

16) Matt Herbert, “Less than the Sum of the Parts: Europe’s Fixation with Libyan Border Security,” Institute for Security Studies, May 2019.

18) The Economist, “Pop a pill, save a dictator: Syria has become a narco-state,” 24 July 2021, https://www.economist.com/middle-east-and-africa/2021/07/19/syria-has-become-a-narco-state; Adam Doyle, “Captagon, trafficking, and the long comedown of the Syrian narco-state,” The New Arab, 5 August 2021, https://english.alaraby.co.uk/analysis/captagon-trafficking-and-syrias-narco-state. 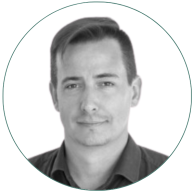 Dr Matt Herbert is the Research Manager for the North Africa and Sahel Observatory at the Global Initiative Against Transnational Organized Crime, overseeing teams conducting applied field research on the political economy of crime in the two regions. He specializes in transnational organized crime, border management and security sector reform. Dr Herbert previously consulted throughout North Africa and the Sahel on border and security force capacity building, and in East Africa on informal political economy issues. He has also worked on transborder threats on the U.S.-Mexico border, and served as a policy aide to New Mexico Governor Bill Richardson. He holds a PhD in International Relations from The Fletcher School of Law & Diplomacy, Tufts University, and has authored a number of articles, reports and book chapters on crime, migration, border security, and insurgency issues.