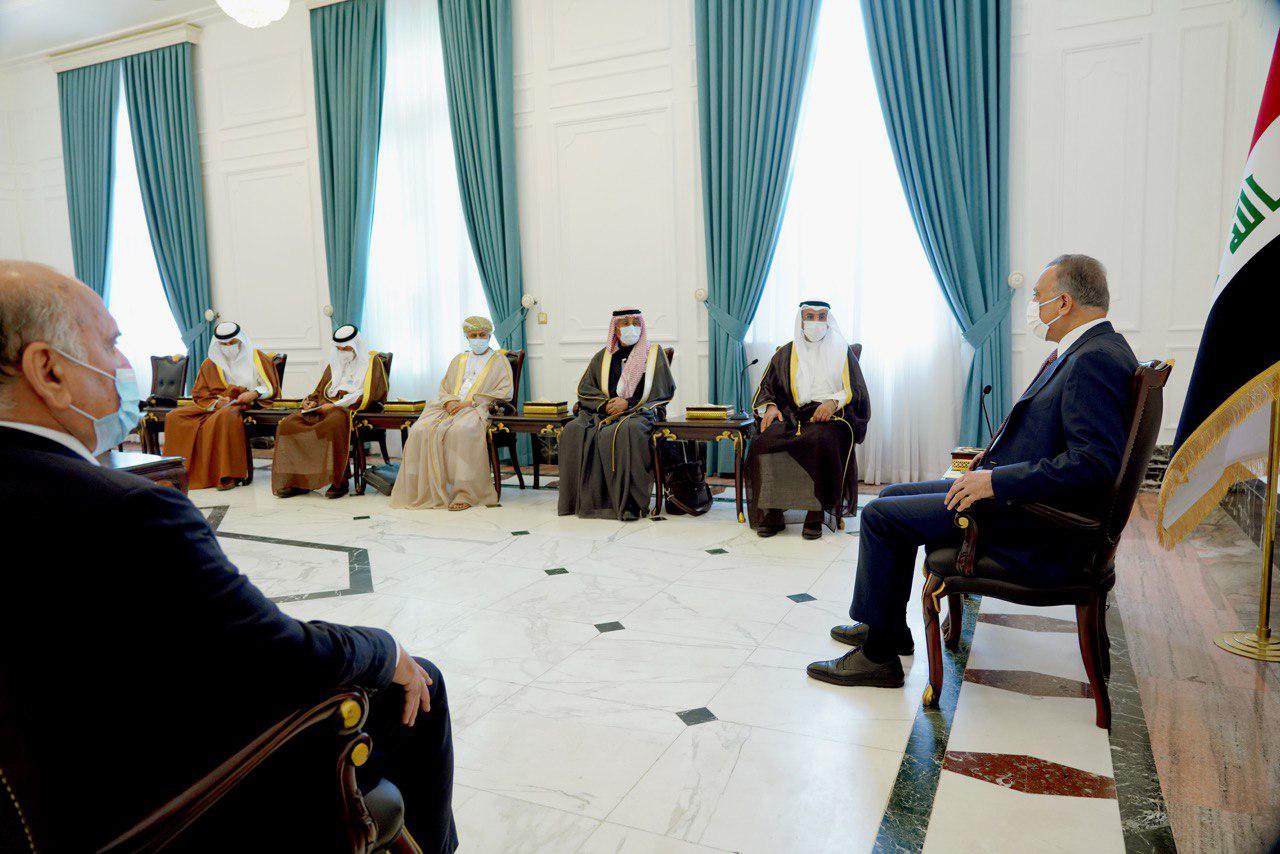 The background of Iraqi-Gulf States relations before 1990. Iraq is a direct neighbour of the Arab Gulf States. Geographically, it is part of the region, comprising Iraq, the Gulf States and Iran; that is why Iraq is influencing these countries and being influenced by them. However, geographical neighbourhood – though important- is not sufficient for establishing stable relations among the regional parties; similar governance and common interests which are to be reflected on shared foreign policies, are a must.

Within this context, the six Arab Gulf States have established the Gulf Cooperation Council States (GCCs) in 1981, as a response to the Iranian revolution (1979) and its possible export to other neighbouring countries, starting with the Arab Gulf States. At the same time the Ba’ath Party in Iraq pursued clear nationalist policies. Different politics and orientations were not an obstacle hindering the process of establishing diversified relations between Iraq and GCCs. Before the Iraqi invasion of Kuwait in August 1990, Iraq was a full member of several Gulf institutions, including the GCC Council of Health Ministers, the GCC Ministerial Committee for Education, the Gulf Organization for Industrial Consulting (GOIC) and the Gulf International Bank. However, the Iraqi invasion of Kuwait marked a radical shift in the two sides’ relations as the Gulf States realized that danger may come from within, that is from the countries of the same region, not from a non-Arab nation. In addition, that invasion and the consequent US-led international coalition that was required for liberating Kuwait in 1991 made the international community more interested and concerned with Iraq till the US invasion in 2003. Operation Iraqi Freedom effectively toppled Saddam Hussein’s regime and its regional ambitions (grown after the eight-year war with Iran), that were serious threat to the Arab Gulf States.

However, the weakness of Iraq after 2003 gave Iran an opportunity to consolidate its regional hegemony, a development largely predicted already in 1991 after the liberation of Kuwait when president George Hebert Bush avoided a march into Iraq that could have expanded Iranian influence. Indeed, the major challenge to Iraq was not only the Arab Spring protests that reached the country in 2015, but also the weak security capabilities. In 2014, the Iraqi security forces were put in confrontation with the Islamic State in Iraq and the Levant (ISIL), a terrorist group founded by Abu Musab al-Zarqawi in 2004. The aim of ISIL was targeting the US forces in Iraq after the invasion, then it took over several Iraqi and Syrian cities. Though the Iraqi security forces succeeded in their fight against ISIL in 2017 with the help of an international ad-hoc coalition, other challenges remained persistent, including the inability to establish the monopoly of violence in the hands of the state. This is in addition to the difficult mission of controlling the borders where illicit activities, such as smuggling weapons and drugs, are increasing.

This can be resumed in three main points:

1. A deepening the gap in the regional balance of powers: The existence of Iraq as a regional power before 1990 was balancing Iran, as there was some sort of a cold war after the open conflict between two regional powers (Iraq and Iran). However, as Iraq started to get weak after 2003, the imbalance of power between the Gulf States and Iran worsened. Iraq has transformed from a “buffer state”, that is the eastern wall of the Arab and Gulf national security, into an “arena state”, witnessing conflicts of regional powers through “proxy wars”.

2. The impact of Iraq’s current conditions on regional sectarian conflicts: in spite of building Iraq’s institutions as well as drafting a new constitution through the years following the overthrow of Saddam Hussein’s regime, Iraq has experienced sectarian and ethnic divisions.
Moreover, Iran’s influence in Iraq became clearly visible in light of a three-dimension strategy that Tehran has adopted towards Iraq. First, supporting elections as a mechanism or a means for creating an Iraqi elite consistent with Tehran’s interests. During the parliamentary elections in 2018, the largest Shiite blocs won the majority of votes. The Sairoon (Moving forward) alliance, led by Muqtada al-Sadr, won 54 seats, Al-Fatah (the Conquest) alliance led by Hadi Al-Amiri won 47 seats, including the “Popular Mobilization” factions, or “Al Hashd Al Shaaby” which is known for its affiliation with Iran. The “Victory” or “Al Nasr” coalition, headed by Nuri al-Maliki, the then prime minister, won 42 seats. This means that the three major Shiite blocs have won 143 out of 329 seats. Second, making up ‘constructive chaos’; for instance, ‘the Group of God” or “Jamaat Allah”, an armed pro-Iran militia, made a parade in Baghdad, on last March 25, to display its force with all types of weapons. This militia is part of Iran-backed “Hezbollah” militia. Third, promoting common interests with Iraq through, for instance, renewing a contract under which Iran will provide Iraq with electricity for two years from 2020 to 2022.

3. Border disputes between Iraq and Kuwait: Though the UN Security Council resolution 833 (1993) has demarcated borders between Iraq and Kuwait, there are still disagreements over the maritime borders’ demarcation, especially regarding territorial waters. Iraq, in a letter to the Security Council in 2019, has expressed its concerns over this issue as it could be a source of future conflicts between the two countries, especially in light of the fact that the dispute over borders was one of the main reasons for the Iraqi invasion of Kuwait (1990). That is because Iraq is an almost landlocked country. On the map, it takes the shape of a triangle the base of which is in the northern Kurdish region, while its head is on the narrowest point of the Arabian Gulf, which is the most important point for Iraq because it has the single port of Umm-Qasr, that can be easily blocked from the Al Faw island.

How the Gulf States support Iraq?

The Gulf States are aware that it is crucial to have a stable Iraq for the sake of the “balance of power” concept. Before 1979, the Kingdom of Saudi Arabia allied with Iran because it was, at that time, a military force allied to the USA, possessing more powerful capabilities than Iraq which was very weak in terms of the military capabilities, and, thus, Iran could easily threaten Iraq. Actually, that alliance was against the guidelines of the ‘balance of power’ theory. Afterwards, Saudi Arabia withdrew from its alliance with Iran and re-allied with Iraq after the latter became militarily stronger, whereas Iran became weak due to the Iranian revolution and the collapse of the Shah’s army in 1979. However, though Iran became weak militarily, it was never so ideologically. The post-2003 developments that allowed a renewed Iranian regional expansion not only in Iraq but also in Yemen, Syria and Lebanon, have propelled the Arab Gulf States to try to contain Iran again, through a three-dimension strategy.

• First, at collective level, the GCC provides support for Iraq; this support is a fixed item in the final statements of the council’s annual summits. Nayef Al-Hajraf, the Secretary-General of the GCC, has visited Iraq in February 2021 where he publicly asserted that “the security, stability and prosperity of Iraq is important and crucial to the security of the Gulf States and the region as a whole.” He added, “The GCC supports Iraq in its fight against terrorism”. In addition to that, during the visit, Al-Hajraf, discussed four areas of cooperation with Iraq, namely, security, investment, economic and energy. The power linkage project between Iraq and the Arab Gulf States was also discussed as the visit was part of an agreed joint work plan between the GCC and Iraq (2019- 2024).

• Second, at the bilateral level, since 2017 until now the Gulf States tried to contain Iran through procedures such as establishing the Saudi-Iraqi Coordination Council, and the re-operation of Baghdad -Jeddah airlines after a 27-year hiatus. This is in addition to exchanging official visits; the Iraqi Prime Minister, Mustafa Al-Kazemi’s visit to Saudi Arabia, last March, witnessed the signing of five agreements in various areas, while the Kingdom announced the establishment of an Iraqi-Saudi fund with a starting capital of $3 billion. In the same month, Al-Kazemi visited the UAE which announced, following his visit, a $3-billion investment in Iraq.

• Third, supporting Iraq’s accession to regional frameworks in an attempt to keep it away from Iranian hegemony. This has been accomplished through the tripartite framework, “New Mashreq”, which encompasses Iraq, Egypt and Jordan, and includes a mechanism for periodic meetings between the three countries’ leaders to establish constant cooperative relations in many areas. It is worth noting that the total number of naval vessels owned by the three countries is about 413, and the defence expenditure of their armies is about $950 million $ for this year (2021).

THE ENDURING OBSTACLES TO COOPERATION

This does not mean that this cooperation is working at its best because there are still at least three considerable hurdles.

• First, There is no unified Gulf vision adopted by the six Gulf States concerning what is required for rebuilding a new acceptable Iraq. They, on the one hand, need an Iraq which does not threaten their security as it did in the past. At the same time, they do not want a weak Iraq that might be employed in the current regional and international conflicts, but rather a balanced Iraq. On the other hand, the Arab Gulf States assume different views regarding the threats endangering them. Bahrain, for example, views sectarian impacts, as illustrated by the frequent official statements by religious parties in Iraq, as the main threat. Manama views these impacts as an interference in Bahrain’s internal affairs. The issue for Saudi Arabia has to do with sharing regional influence with Iran, whereas other Gulf States’ visions, concerning the threats, are based on a variety of either economic factors or neutral policies.

• Second, Iraq and the Gulf States adopt different positions towards some regional issues. While Bahrain, Saudi Arabia and the UAE announced joining the International Military Alliance for the Safety and Protection of Maritime Navigation in the Gulf, Ahmed Al-Sahaj, the Iraqi Foreign Ministry spokesman, announced in September 2019 that Iraq refused to join that alliance. He said: “forming any military force to protect waterways in the Arabian Gulf will further complicate the region”. He added, “Securing the Arabian Gulf security is the responsibility of the states bordering it; an escalation between the United States and Iran has multiple paths, and Iraq would remain neutral in that fight”.

• Third, the increasing Iranian influence in Iraq, as compared to the role played by the Arab countries and Gulf States, a fact which is reflected in the frequent visits between Iranian and Iraqi officials.

The strategic conclusion here is that the security of Iraq is one of the crucial pillars for achieving and serving the Arab Gulf States’ regional security. Excluding Iraq from the regional security system is jeopardising regional security issue itself. There are many mechanisms for developing relations between the Arab Gulf States and Iraq, such as launching a strategic dialogue encompassing the GCC and Iraq. On the other hand, since Iraq can affect the strategic interests of many major countries, then providing Iraq an international support is a strategic necessity. This is why the North Atlantic Treaty Organization (NATO) decided to increase its mission from 500 to 4.000 personnel. Stabilising Iraq will not only contribute to achieving regional and international security, it will also be a prerequisite for aborting the regional hegemonic and expansionist project of Iran. 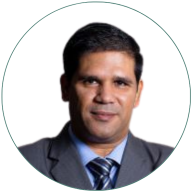