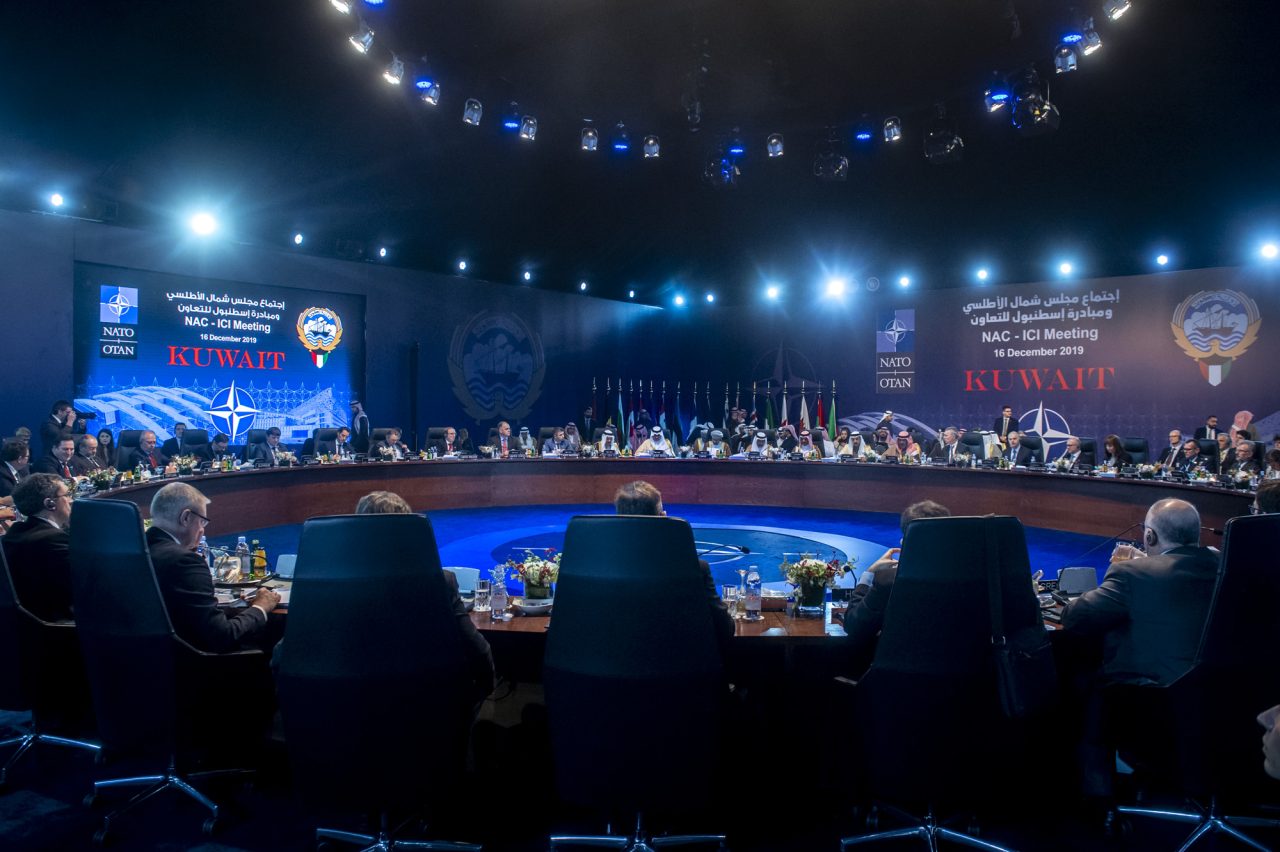 For over 70 years, NATO has provided unprecedented peace and security for the Euro-Atlantic area. As a fundamental pillar of the international order, it continues to contribute to global stability, including through missions and operations beyond its borders. Today the Alliance represents 30 nations, one billion people, and half of the world’s economic and military might. It is the most successful Alliance in history, because of its unity, values and ability to adapt as the world around changes.

NATO is and will remain a regional alliance for Europe and North America. However, the challenges are global and require a more global approach. The international rules-based order is facing unprecedented pressure from increasing geopolitical competition and mounting authoritarianism, led by countries which do not share NATO values. The Alliance also faces sophisticated cyberattacks, more brutal forms of terrorism, disruptive technologies, nuclear proliferation, and the security impacts of climate change. NATO is not only a military Alliance, but also a political Alliance. Beyond purely military responses, political dialogue and security cooperation are important tools to address global challenges. They are greater than any country or continent can tackle alone and as part of its ongoing adaptation, NATO wants to work closely with like-minded countries to protect the rules-based international order and defend shared interests and values.

The NATO 2030 initiative, recently launched by Secretary General Jens Stoltenberg, is a testimony of NATO’s permanent effort to evolve and adapts its policies and capabilities to an increasingly complex and volatile security environment. Under the banner of NATO 2030, the Alliance has an ambitious and forward-looking agenda to prepare itself for the future. NATO 2030 addresses a wide range of issues: from strengthening deterrence and defence, including by increasing the use of NATO common budgets, to resilience, from maintaining our technological edge to enhancing partnerships with like-minded nations. NATO 2030 will also aim at reaffirming NATO as the essential transatlantic forum on security policy, strengthening NATO as a training alliance; updating the 2010 Strategic Concept; and addressing the security impact of global warming or climate change.

NATO and its partners in the MENA region share geographical proximity and face similar security challenges. These include conflict spill over from fragile or failing states, instability and terrorism, transnational terrorist groups, cybercrimes, the proliferation of weapons of mass destruction, illegal migration, trafficking in small arms and light weapons, the security implications of climate change, etc.
NATO engages with its southern partners primarily through two cooperation frameworks: the Mediterranean Dialogue and the Istanbul Cooperation Initiative, launched respectively in 1994 and 2004. They aim to contribute to long-term global and regional security through political dialogue and practical cooperation and have proven to be resilient and invaluable fora to discuss, assess and jointly address common challenges. Therefore, the notion that transatlantic, Mediterranean and Gulf security are closely linked, is more obvious today than at any point in the history of the Alliance.

In the last decades the Alliance has been primarily engaging with its southern partners as part of the NATO’s core task Cooperative Security, which is one of the three core tasks engraved in the NATO Strategic Concept. Crisis Management activities were focused on crisis prevention, supporting partners’ capacity building and resilience.
This practical cooperation has included: training and education; defence capacity building; counter-terrorism and -hybrid threats; cyber defence; maritime security; mine detection and clearance; defence against CBRN agents; enhancing crisis management systems (egg, in Jordan and Mauritania); advanced technologies; energy and environmental security; cyber defence; medical emergency response; border security; defence planning and management; science cooperation; Women, Peace and Security.
Also, in response to the COVID-19 crisis, NATO has established a Pandemic Response Trust Fund and a stockpile of medical equipment and supplies to provide immediate relief to Allies or partners in need. Assistance packages were delivered to nine countries, including Iraq and Tunisia. Moreover, NATO supported the development of the Jordanian National Centre for Security and Crisis Management which eventually was a key asset to effectively handling the Covid national crisis.

Enhancing synergies with other International Organizations

Military instruments alone cannot sustainably deal with complex crises. The Alliance has been reaching out to other international organisations to be more proactive in its contingencies. In addition, actions were taken to adapt crisis management instruments and mechanisms to better cooperate with other multilateral actors ahead of operational planning, in a broader framework of a comprehensive approach.
In MENA other international organisations, such as the United Nations, the European Union and the African Union have large and comprehensive toolboxes across the security, economy and development sectors. NATO has a broad security and defence experience and expertise and has been seeking synergies with these organisations. With 30 Allies in North America and Europe and a well-developed network of partnerships, the Alliance is the essential transatlantic platform for political consultation and information sharing. In return, closer ties with the international community’s main actors will contribute to mutual trust building, and facilitate the Alliance’s contribution to international crisis response.

All over the world, but particularly in MENA, effective partnerships are favoured by trustworthy, reliable personal relations, which can be cemented with a more active engagement and a more stable presence in the region.
With this in mind, in 2017 NATO created the NATO Strategic Direction South Hub to increase the Alliance’s situational awareness of the region, improve its information collection and management, and support the coordination with southern partners.
Also in 2017, the establishment in Kuwait of the NATO-ICI Regional Centre consolidated the strong relationship between the Alliance and the State of Kuwait and greatly enhanced NATO’s efforts to reach out to the GCC countries. The Alliance is currently looking into other options for additional engagement in the region, including the possible creation of thematic centres. This effort should focus on cooperative security programs properly designed and resourced.

Since the inception of both partnership frameworks, NATO has put significant efforts and resources in public diplomacy activities. NATO engages, builds and maintains over time cooperative relationships with key actors shaping public perceptions in MD and ICI countries to promote better mutual understanding and trust. Our political dialogue and practical cooperation with partners in the region can only be bolstered if decision-makers – as well as the general public – have an understanding of NATO’s mandate and its approach to partnership. In addition, the complex environment in the MENA region remains dynamic and highly challenging. The Alliance continues to face strategic competition from different directions both from state and non-state actors, including in the engagement and communication sphere. Ensuring that NATO’s message is heard in MD and ICI countries will help position the Alliance as a credible and valued partner.

Looking at the future, the June 2021 Brussels Summit, besides offering an opportunity to reinforce NATO as the enduring embodiment of the bond between Europe and North America, will address the forward-looking NATO 2030 agenda. This includes Russia’s aggressive actions, the threat of terrorism, cyber defence, emerging and disruptive technologies, the security impact of climate change, and the rise of China, all of which will be key to shape the direction of NATO’s policies towards the South.
In the MENA region NATO has supporters and detractors, but it is generally viewed as a strong, credible, capable force.  NATO could build on this to improve the image of an Alliance that respects regional ownership, is more engaging in crisis prevention/management and support its partners with specific expertise.
Some MENA partners see in NATO a model for regional military cooperation and advanced interoperability among different forces. The GCC, for example, could benefit from NATO’s best practices and advice to further develop its security dimension, for example on interoperability, training and command structure. NATO could also explore ways to support the G5 Sahel, building on its long-term partnership with Mauritania.
With a multitude of ongoing and latent crisis at its periphery, could NATO play a more relevant role? Is there an appetite among Allies and in the MENA countries for a NATO’s more proactive engagement? Iraq will be a significant testing ground, especially in view of the withdrawal from Afghanistan. NATO’s focus will remain non combat-oriented tasks, such as advising and training the Iraqi security forces. NMI will deliver programs incrementally, building on previous gains and always reassessing priorities with the Iraqis as the Mission matures. This scheme could also be applied to other post-crisis scenarios in the MENA region, should the political condition be favourable for a NATO involvement. 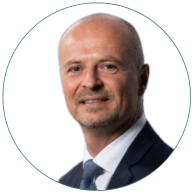 Mr Romani is a former Italian Navy officer. He served as a combat operations electronic warfare and intelligence officer on several Italian and US ships. Mr Romani is currently Head of NATO Middle East and North Africa Section.